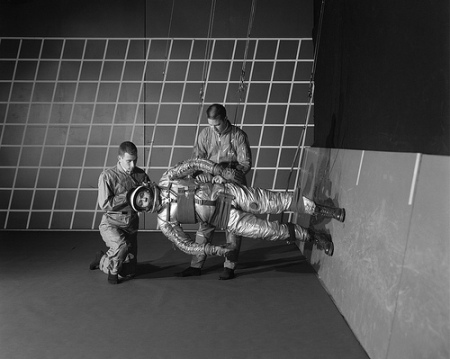 From the NASA on The Commons’ photostream. Via Pop Loser.

Burt Reynolds – then 36 years old and soon to be seen in Deliverance – appeared, cigarillo dangling from his lips, as the centerfold in the April 1972 issue of Cosmopolitan magazine. 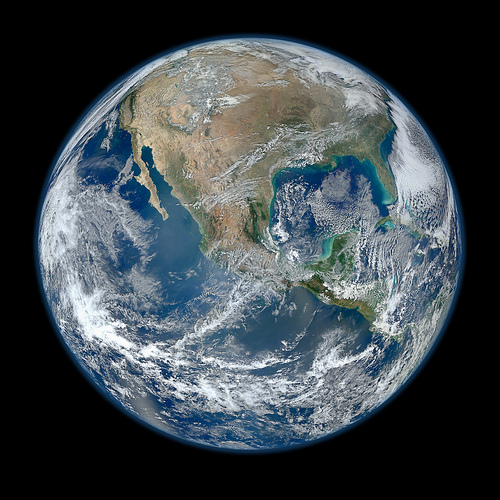 Of the original Blue Marble photo, Leonard Shlain had this to say:

“Like a Chinese ideograph, NASA’s photograph of our blue marble conveyed multiple values simultaneously, values more intuitive than rational. The masculine perception of nature and the Earth itself as ‘things’ to be conquered made the space program possible. The photo it generated began to instill in everyone who saw it an understanding that the Earth must be honored, protected, and loved. That many environmentalists are men confirms this change in orientation. NASA’s photograph of the Earth floating in space provided people with ‘the big picture.’ One sees the big picture with the entire retina and the combined hemispheres. The inviting, mute image of the home planet floating in dark space did more to change the consciousness of its residents than the miles of type concerning the subject generated by the world’s writers.”

I’m usually a staunch opponent of colorization, but I really enjoyed looking at these. 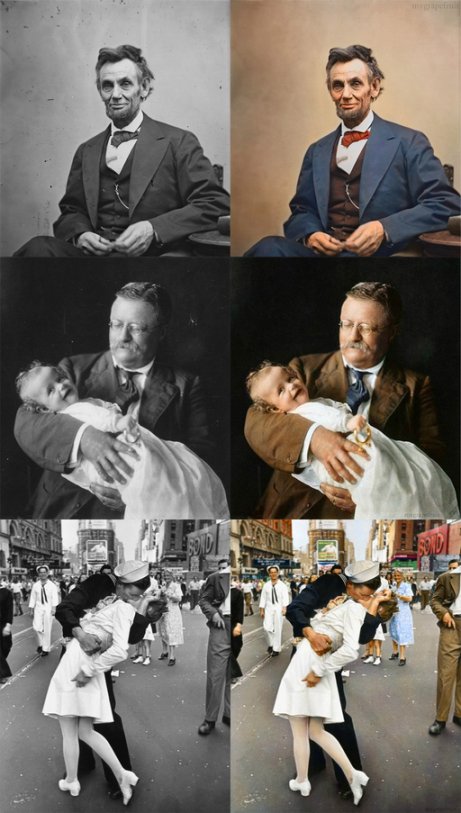 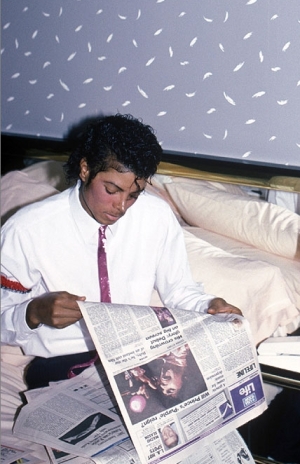 Sontag: I don’t own a camera. I’m a photograph junkie, but I don’t want to take them.
New Boston Review: Why?
Sontag: Perhaps I might really get hooked.

Love in the Time of Rioting

Marilyn Monroe, seen looking good below in a picture from July 1958, was born today in 1926. 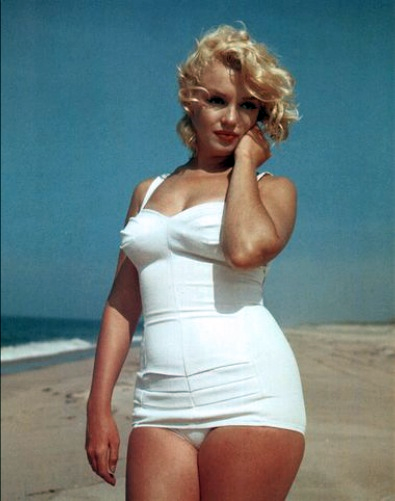