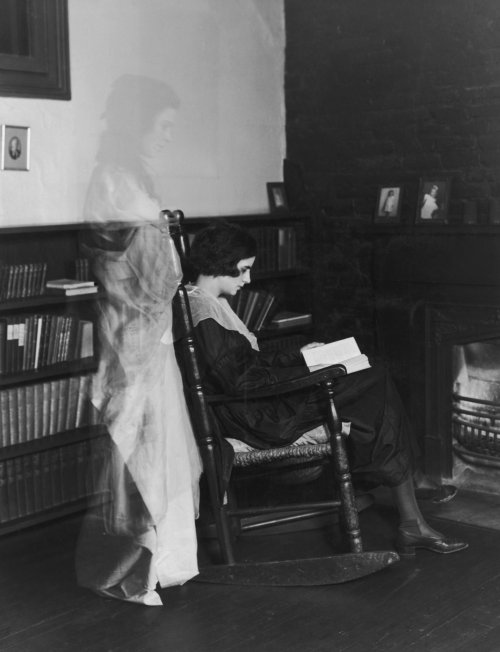 1. The Ghost Story Persists in American Literature. Why?

“The ghost story shape-shifts because ghosts themselves are so protean — they emanate from specific cultural fears and fantasies. They emerge from their time, which is why Jacobeans saw ghosts wearing pale shrouds and Victorians saw them draped in black bombazine.”

2. A Baseball Bat Dies, and Chopsticks Are Born

“The barrel of one bat can yield five or six pairs of chopsticks.”

3. She Made the Shift From Academic Writing to Hallmark Cards

“That’s what many people think, that we are the lowbrow ditch diggers of the writing profession, the punch lines of jokes and films. Frankly I, too, thought this would be a quotidian task. But it requires a specific, well-honed skill set.”

4. You’ve Become Rich. That Doesn’t Mean You’re Great at Everything.

“Success and wealth that move from one arena to another often breed inefficiency.”

“The fight over voting rights in the midterms is a reminder that elections are not solely about who is running, what their commercials say or how many people are registered to vote. They are about who is allowed to vote and which officials are placing obstacles in the way of would-be voters.”

6. How to Turn a Person Into a Voter

“Our model is one that any party or politician or group looking to increase turnout — or to mobilize the six in 10 eligible voters who stay at home for the midterms — should use.”

“When we focus less on fixing what we consider to be inadequacies and more on reinforcing our strengths, we can realize potential we didn’t even know we had.”

8. A Fate Worse Than Slavery, Unearthed in Sugar Land

“70 percent of the 12 million or so captives who left Africa for the Americas on slave ships were destined for sugar colonies.”

“33.6 percent of legacy children were admitted to Harvard, compared with 5.9 percent of nonlegacy applicants.”

“When we are rewarded for doing something, we tend to lose interest in whatever we had to do to get the reward.”

“In another study of 1,000 homes across the United States, we found tens of thousands of bacteria species, most of them unstudied, many new to science. Inside those homes we discovered more kinds of fungi than there were named fungal species in North America. Each time we study homes what we most clearly find is how little we know about what is hidden in our midst.”

12. Truth in Advertising. Terror, Too.

“With creepy, meticulously designed illustrations that threw subtlety out the window, and text that made outrageous claims far beyond the movie’s actual contents, these ads could make a minor piece of schlock look like the most elaborate exercise in terror.”

“It has become the rare story to pass from literature into common myth.”

“The ice caps are melting, the Dow teeters, and a divided country seems headed for divorce court. Is it any wonder, then, that everyone seems to be reaching for the tincture?”

“Silicon Valley parents are increasingly obsessed with keeping their children away from screens.”

16. What’s All This About Journaling?

“Once the domain of teenage girls and the literati, journaling has become a hallmark of the so-called self-care movement, right up there with meditation.”

17. What Our Extremist Politics Owe to Batman and Captain America

““Here are analyses of the apocalypse and its aftermath through readings of Avatar and ‘The Walking Dead,’ of Batman and Captain America, as they reinforce centrist, liberal or conservative worldviews.”

18. Dispatches From a Ruined Paradise

“A road offers the possibility of taking you somewhere but also poses a question about the cost of roadwork, what violence has been done to both nature and culture in the name of progress.”

“Candy is controversial. As with a beloved sports team, your affinities and fealties have been ingrained since your prelinguistic days. Such innate belief systems defy reasoning.”