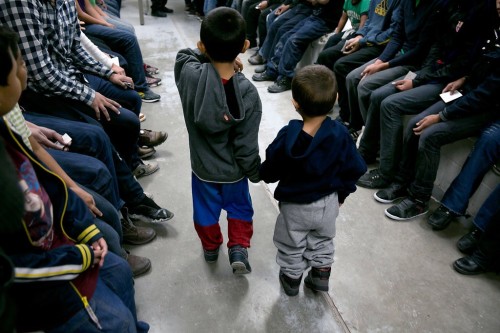 “Instead of spending money on family detention centers that brutalize children, we should scale up the canceled case-management program.”

2. Is the Border in Crisis?

“Research shows that incarceration rates of both legal and undocumented immigrants across the country are lower than those of native-born Americans, and that the net economic impact of immigration is positive.”

“Internet-connected locks, speakers, thermostats, lights and cameras that have been marketed as the newest conveniences are now also being used as a means for harassment, monitoring, revenge and control.”

4. How Amazon Steers Shoppers to Its Own Products

“Amazon is utilizing its knowledge of its powerful marketplace machine — from optimizing word-search algorithms to analyzing competitors’ sales data to using its customer-review networks — to steer shoppers toward its in-house brands and away from its competitors, say analysts.”

5. The Prince Who Would Remake the World

“Change Islam in its Saudi nucleus and you change the world.”

“A review of hundreds of Facebook’s patent applications reveals that the company has considered tracking almost every aspect of its users’ lives: where you are, who you spend time with, whether you’re in a romantic relationship, which brands and politicians you’re talking about. The company has even attempted to patent a method for predicting when your friends will die.”

7. The Snake Oil of the Second-Act Industry

“There is a psychological and physical toll from the pressure to recreate ourselves in midlife.”

8. Wrap Your Mind Around a Whale

“We are living right now in the age of giants. Blue whales, fin whales, right whales and bowhead whales are the largest animals, by weight, ever to have evolved. How did this happen?”

9. Suicides Have Increased. Is This an Existential Crisis?

“I am convinced that our nation’s suicide crisis is in part a crisis of meaninglessness. Fully addressing it will require an understanding of how recent changes in American society — changes in the direction of greater detachment and a weaker sense of belonging — are increasing the risk of existential despair.”

11. A History of the Energy We Have Consumed

“He focuses on the introduction of each new energy source, and the discovery and gradual refinement of technologies that eventually made them dominant. The result is a book that is as much about innovation and ingenuity as it is about wood, coal, kerosene or oil.”

12. How Hunting Became a Macho Sport

“In the United States, sport hunting is no longer merely a pastime. It’s often prescribed as an antidote to a recurring fear: the softening of the American man. Today’s alt-right blather about ‘snowflakes’ and male feminization is nothing new. Washington Irving thought manly self-reliance ought to be instilled in America’s youth by sending them hunting on the Great Plains, rather than touring in Europe where they ‘grow luxurious and effeminate.’”

13. Want to Understand What Ails the Modern Internet? Look at eBay

“EBay, in obvious and subtle ways, has served as a model well beyond the world of commerce, inspiring the systems that play host to discourse, media, culture and communication online. It was among the first true megaplatforms — the sort that establishes itself as something like online infrastructure. And it may be, to date, the last one we truly understand.”

14. How to Barricade a Door

“Think of barricading as building what Smith calls ‘layers of resistance.’ The first layer is a door lock. If you have one, bolt it; many active shooters, for example, aim for maximum casualties and will bypass a locked door. The furniture blockade is your second layer. Build it quickly; you don’t want to be in front of the door as it is breached or shot through. If there’s no other exit option, position yourself along the wall next to the door. A hastily constructed barrier may not stop an attack, but it can stall an attacker, which gives you time to mount a counterambush.”

“Even if you’re not following black Twitter, you’re likely consuming the media it produces without realizing it: Everything from viral memes to hashtag movements that can bleed quickly into the mainstream, often without attribution.”