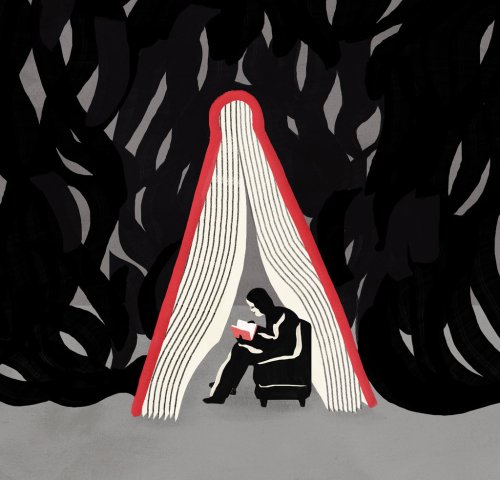 1. What Kept Me From Killing Myself

“For the first time in a long while I recognized myself in another, and somehow that simple tether allowed me to slowly pull myself away from one of the most terrifying beliefs common to the kind of ailment I’m describing: that one is utterly alone, uniquely so, and that this condition is permanent.”

“Whether women work at Walmart or on Wall Street, getting pregnant is often the moment they are knocked off the professional ladder.”

4. Sometimes You Have to Quit to Get Ahead

“In order to pursue one option, we must forgo certain others.”

6. The Ornithologist the Internet Called a Murderer

“It wasn’t until the public realized that Dr. Filardi had ‘collected’ the bird — killing it for the museum’s research collection — that the adulation turned to venom.”

7. We Can’t Stop the Hackers

“We have spent so much time worrying about a ‘cyber Pearl Harbor,’ the attack that takes out the power grid, that we have focused far too little on the subtle manipulation of data that can mean that no election, medical record or self-driving car can be truly trusted. And ultimately that absence of trust will destroy the glue of American society the way the Stuxnet computer worm destroyed those Iranian centrifuges. It will cause them to spin out of control.”

“The muting of the #MeToos of the Bible is a direct reflection of the culture of silence at work in our congregations. An assumption is woven into our sacred texts: that the experiences of women don’t matter. If religious communities fail to tell stories that reflect the experience of the women of our past, we will inevitably fail to address the sense of entitlement, assumption of superiority and lust for punishment carried through those stories and inherited by men of the present.”

“There are more black people in the Midwest than in the Northeast or the West.”

10. The Trouble With Hollywood’s Gender Flips

“Even when a Hollywood franchise is retooled around women, it still revolves around men — the story lines they wrote, the characters they created, the worlds they built.”

11. At Snapchat, Redrawing the Bounds of Reality

“Unlike virtual reality, which demands that the natural world be forfeited for seductive ones and zeros, the allure of augmented reality is a kind of perceptual truce, with our digital preoccupations layered harmoniously atop the natural landscape. The holy grail is a scenario in which all of your screens — phone, laptop, television set — are no longer necessary, replaced by interactive holograms that simulate, or improve on, their essential functions.”

12. A Word with Jeff Goldblum

“My teacher Sanford Meisner said it takes 20 years of continual work before you can even call yourself an actor.”

“The companies use their large databases to match willing participants with others who share their DNA. In many cases, long-lost relatives are reuniting, becoming best friends, travel partners, genealogical resources or confidantes. The result is a more layered version of what happened when Facebook first emerged and out-of-touch friends and family members found one another. Children of long-ago casual sperm donors are finding their fathers. Adoptees are bonding to biological family members they’ve been searching for their entire lives.”

14. In an Age of Gene Editing and Surrogacy, What Does Heredity Mean?

“We cannot understand the natural world with a simplistic notion of genetic heredity.”

“Our cars, planes, cellphones, washing machines, computers, every manufactured mechanism, are all the result of our pursuit of this fundamental concept.”

16. How Did the Nazis Gain Power in Germany?

“Hitler believed in telling lies so big that their very scale left some residue of credibility.”

17. Is Our Obsession With Wellness Doing Us In?

“Natural Causes asks us to accept that our bodies defy our control.”

18. White People Are Noticing Something New: Their Own Whiteness

“White people are losing the luxury of non-self-awareness, an emotionally complicated shift that we are not always taking well.”

19. Letter of Recommendation: ‘Live Like a French Woman’ Books

“The Frenchwoman in these books is always the same person: Parisian, insouciant, effortlessly chic, usually white, untouched by any hint of cultural strife or political upheaval. She mixes high and low fashion, Cartesian rationalism and unbridled joie de vivre, and also neutral shades. She wears a red lip for a day and indulges with restraint.”

20. How to Make More Free Throws

“Experts at a given motor skill maintain quiet eye some 62 percent longer than nonexperts.”

21. The Strange Case of the Missing Joyce Scholar

“One or two who had been told Kidd was dead had also heard other, even wilder rumors.”

22. The Wounds of the Drone Warrior

“The sanitized language that public officials have used to describe drone strikes (‘pinpoint,’ ‘surgical’) has played into the perception that drones have turned warfare into a costless and bloodless exercise. Instead of risking more casualties, drones have fostered the alluring prospect that terrorism can be eliminated with the push of a button, a function performed by ‘joystick warriors’ engaged in an activity as carefree and impersonal as a video game. Critics of the drone program have sometimes reinforced this impression. Philip Alston, the former United Nations special rapporteur on extrajudicial executions, warned in 2010 that remotely piloted aircraft could create a ‘PlayStation mentality to killing’ that shears war of its moral gravity. But the more we have learned about the experiences of actual drone fighters, the more this idea has been revealed as a fantasy.”

“If Canada can’t rely on the United States, then what country can?”