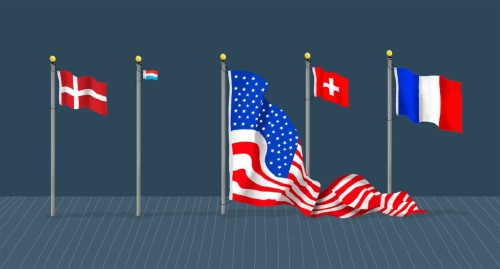 1. Is the United States Too Big to Govern?

“With a population of more than 325 million and an enormously complex society, perhaps this country has passed a point where — no matter whom we elect — it risks becoming permanently dissatisfied with legislative and governmental performance.”

“Large segments of evangelical Christianity have a serious problem related to women. It’s disturbing, in part because this is contrary to the early history of Christianity, which did so much to elevate and dignify the role of women in the ancient world.”

3. How to Be a Prophet of Doom

5. How the Online Left Fuels the Right

“People on the right benefit immensely when they can cultivate the mystique of the forbidden.”

6. Does It Matter if You See a Film in a Theater or at Home?

“Studios, distributors and streaming services have to figure out a way to coexist.”

“The result … can be glut of old acquaintances that are not as easily forgotten online and which therefore stifle the development of newer, in-person friendships.”

8. The Ghostwriter Next Door

“If you have received a digital message of any significance, in other words — whether flirting, fighting or figuring something out — consider that it has likely already been looked over by a third party.”

9. Why ‘Fahrenheit 451’ Is the Book for Our Social Media Age

“In Fahrenheit 451 Bradbury was warning us about the threat of mass media to reading, about the bombardment of digital sensations that could substitute for critical thinking.”

“If the point of art might once have been found in its pointlessness, this attempt to infuse it with purpose runs the risk of rendering it even more irrelevant.”