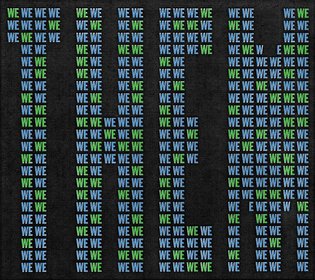 1. Is Globalization Drawing Us Together or Tearing Us Apart?

“How can we hang on to decency in a world where old patterns, good and bad, have been disrupted?

2. Becoming a Steelworker Liberated Her. Then Her Job Moved to Mexico.

“For months, Shannon kept working as the factory shut down around her. She struggled with straightforward questions: Should she train workers from Mexico for extra pay or refuse? Should she go back to school or find a new job, no matter what it paid? And she was forced to confront a more sweeping question that nags at many of the 67 percent of adults in this country who do not have a four-year college degree: What does my future look like in the new American economy?”

3. How a Seed Bank, Almost Lost in Syria’s War, Could Help Feed a Warming Planet

“Mr. Shehadeh is a plant conservationist from Syria. He hunts for the genes contained in the seeds we plant today and what he calls their ‘wild relatives’ from long ago. His goal is to safeguard those seeds that may be hardy enough to feed us in the future, when many more parts of the world could become as hot, arid and inhospitable as it is here.”

“The evidence, she added, supported the theory that the Viking settlements in the Malar Valley of Sweden were, in fact, a western outpost of the Silk Road that stretched through Russia to silk-producing centers east of the Caspian Sea. It is well known that the Vikings traded with the Arab world, and archaeologists have found plenty of Arab coins in Viking settlements. The trade lasted 150 years, beginning in the first half of the ninth century. But Dr. Larsson said that the silk and other artifacts found in the Viking graves suggested not just trade or plundering — but a deeper cultural exchange and shared ideas.”

“As black activists tried last year to focus attention on police brutality, unfair treatment before the law, inequality and white supremacy, social media giants like Facebook were being commandeered by Russian intelligence agents to turn white voters against them.”

6. An Alternate Universe of Shopping, in Ohio

“Stores are trying out all manner of gimmickry — anything, really — to win back shoppers. And when brands want to try out new concepts, they often come to Columbus.”

7. Why Surge Prices Make Us So Mad

“Technology is making ‘variable’ or ‘dynamic’ pricing — the same strategies that ensure a seat on an airplane, a hotel room or an Uber car are almost always available if you’re willing to pay the price — more plausible in areas with huge social consequences.”

“How many times do we have to go through this before things really change?”

9. White Nationalism Is Destroying the West

“The greatest threat to liberal democracies does not come from immigrants and refugees but from the backlash against them by those on the inside who are exploiting fear of outsiders to chip away at the values and institutions that make our societies liberal.”

10. Why Are Millennials Wary of Freedom?

“Only about 30 percent of Americans born after 1980 believe it is absolutely essential to live in a democratic country.”

11. Would You Buy a Self-Driving Future From These Guys?

12. The New Bedtime Story Is a Podcast

“As podcast makers look to expand their audience — just under a quarter of Americans have listened to a podcast in the past month — they’re turning to a previously untapped demographic: children.”

13. Should Your Spouse Be Your Best Friend?

14. Tired of Twee Edison Bulbs? Bring On the Neon

15. As the 747 Begins Its Final Approach, a Pilot Takes a Flight Down Memory Lane

“For those who grew up under 747-crossed skies, it can be hard to appreciate how revolutionary the jet’s dimensions were when it first (and improbably, to some observers) got airborne in 1969. The inaugural model, the 747-100, was the world’s first wide-bodied airliner. The jet weighed hundreds of thousands of pounds more than its predecessors (the Boeing 707, for example), and carried more than twice as many passengers. Born in a factory so large that clouds once formed within it, the 747-100 was nearly twice as long as the Wright brothers’ entire first flight.”

“Sometimes traveling is filled with annoyances – missing the turn off a highway or negotiating between three children and only two pretzel sticks. But other moments are so unexpectedly profound that they make the entire trip worthwhile.”

“As Americans continue the struggle to defend justice and equality in our tumultuous and divisive era, we need to know what Grant did when our country’s very existence hung in the balance. If we still believe in forming a more perfect union, his steady and courageous example is more valuable than ever.”

18. The Ghost That Haunts Grant’s Memoirs

“Grant’s style is strikingly modern in its economy. It stood out in that age of clambering, winding prose, with shameless sentences like lines of thieves in a marketplace, grabbing everything in reach and stuffing it all into their sacks.”

“I stack up the books, three columns six or eight books at a time, and just wear that pile down.”

20. Exploring the Necessity and Virtue of Sleep

“Sleep is the single most effective thing we can do to reset our brain and body health each day — Mother Nature’s best effort yet at contra-death.”

21. How to Pawn Valuables

“You don’t need good credit, income or a bank account.”

22. In Northern Minnesota, Two Economies Square Off: Mining vs. Wilderness

“Central to the debate between the two camps is a philosophical question: What is the right kind of economy for a place like the Boundary Waters?”

23. Why Are More American Teenagers Than Ever Suffering From Severe Anxiety?

“Over the last decade, anxiety has overtaken depression as the most common reason college students seek counseling services. In its annual survey of students, the American College Health Association found a significant increase — to 62 percent in 2016 from 50 percent in 2011 — of undergraduates reporting ‘overwhelming anxiety’ in the previous year.”

24. The Prophet of Germany’s New Right

“Despite the unique cultural taboos arising from the historical memory of Nazism, Germany has joined a long list of European countries — Austria, France, Greece, Hungary, Italy and Slovakia among them — where far-right, sometimes explicitly racist political parties command significant minorities in national elections. This ethno-nationalist renaissance presents an odd paradox. European nationalists who at one time might have gone to war with one another now promote a kind of New Right rainbow coalition, in which sovereign states steadfastly maintain their ethnic and cultural identities in service of some larger ‘Western’ ideal. This ‘ethno-pluralism,’ as New Right activists call it, is not based on Western liberal notions of equality or the primacy of individual rights but in opposition to other cultures, usually nonwhite, that they say are threatening to overtake Europe and, indeed, the entire Western world by means of immigration. The threat to the West is also often cast in vague cultural terms as a kind of internal decay.”