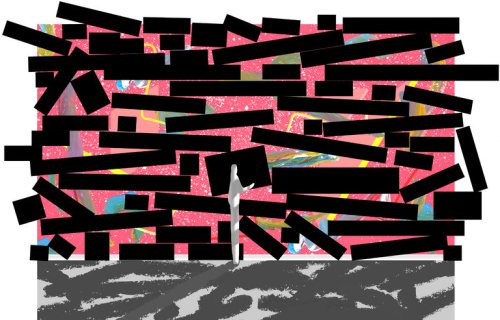 “The harm of a censorship system is not just that it impoverishes intellectual life; it also fundamentally distorts the rational order in which the natural and spiritual worlds are understood. The censorship system relies on robbing a person of the self-perception that one needs in order to maintain an independent existence. It cuts off one’s access to independence and happiness.”

2. Mexican Drug Smugglers to Trump: Thanks!

“Every time the wall goes up, so do smuggling profits.”

3. The Hidden Radicalism of Southern Food

“The South is more than a locus for food-system problems and a battleground for policy arguments. Throughout its history, the region has incubated bold American solutions to hunger and food access. Radical Southerners, especially black women, who long provided the expertise and labor on farms and in kitchens, have challenged American agricultural practices and driven our changing relationship to food.”

4. It’s Not This Muslim Comedian’s Job to Open Your Mind

“I’ve become convinced that the primary role of political humor today shouldn’t be to alleviate tensions or smooth out differences. It should be to heighten them and illuminate for everyone what is a moment of crisis.”

“Increasingly … the underlying difference between the fast- and slow-growing economies is explained more by the differences in population growth than by productivity. And the United States now relies more than ever on demographics to defend its economic power. In the past decade, population growth, including immigration, has accounted for roughly half of the potential economic growth rate in the United States, compared with just one-sixth in Europe, and none in Japan.”

6. Are These Birds Too Sexy to Survive?

“They have evolved to be worse at flying in order to be more attractive to mates.”

“Once you’ve looked at enough aggregate search data, it’s hard to take the curated selves we see on social media too seriously. Or, as I like to sum up what Google data has taught me: We’re all a mess.”

“The vampires and zombies that recently enjoyed their moments in the pop-cultural sun crystallized collective anxieties about sex and dehumanization. We’re afraid of (and fascinated by) our own desires and panicked by the thought of being turned into (or revealed to be) shambling, brainless consumers. The classic monsters, though — smashing cities, swatting planes out of the sky, exploding out of torsos — are embodiments of rage. And there seems to be an awful lot of that these days.”

9. Molly at the Marriott: Inside America’s Premier Psychedelics Conference

“Microdosing — the practice of taking such small doses of a psychedelic that you can only just barely register its presence — is becoming enormously popular across the country, from elite pockets of innovators seeking an edge in Silicon Valley, to others who are simply trying to feel better, work harder, focus more.”

“Beyond aping youngsters, there is something inherently juvenile about social media. To begin with, it elevates superficiality, speed and the image — all youthful preoccupations — over depth, deliberation and text, which we associate with mature adults.”

“Once you master what is essentially an onstage performance of yourself, it can be hard to break character.”

12. That Solo Travel Blogger? She Just Wants a Vacation

“Three large-scale forces have remade the marketplace of ideas. The erosion of trust in prestigious institutions has weakened the position of both academia and the traditional journalistic perches of public intellectuals. The polarization of American politics has segmented that marketplace into distinct and separate niches. Most important, the dramatic growth in economic inequality has made wealthy individuals and corporations into the primary buyers, dominating the market.”

“The new foxes run toward people, jump on the bed and nuzzle one another as well as their human caretakers. Such a behavioral transformation was to some degree expected, since they were bred from the tamest members of their groups. Perhaps more intriguing, they also look more doglike, with floppy ears, wagging tails and piebald fur.”

15. The Humanity of Numbers

“Like a flint arrowhead or the wheel, they are tools people invented a long time ago, and we know how to use them only because we find ourselves in a society in which that knowledge has been preserved and transmitted. Without these symbols, we, like the Pirahã, could not ‘see’ divisions between most quantities. With them, as Everett tells it, our ancestors learned to count, and thereby ‘radically transformed the human condition,’ making possible such number-dependent developments as complex agriculture.”

“While visual effects’ role in movie making is growing, its presence in Hollywood is shrinking.”