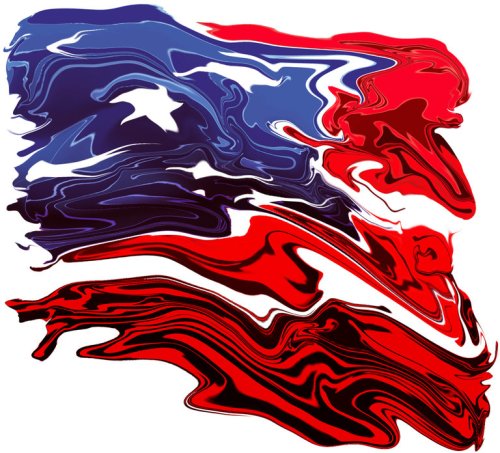 1. Is Donald Trump a Threat to Democracy?

“The institutional safeguards protecting our democracy may be less effective than we think. A well-designed constitution is not enough to ensure a stable democracy — a lesson many Latin American independence leaders learned when they borrowed the American constitutional model in the early 19th century, only to see their countries plunge into chaos.”

2. In Turkey’s Home of St. Nick, Far From North Pole, All Is Not Jolly

“The man who would capture the imaginations of children the world over got his start as a fourth-century bishop in what is now Turkey, centuries before the Ottomans invaded these lands and established a towering Islamic empire. His name was St. Nicholas, and his church is now a museum. Born a rich man’s son, he took his inheritance and gave to the poor, in anonymous gifts that some here say were dropped down the chimneys of homes.”

3. Free Cash in Finland. Must Be Jobless.

“Early next year, the government plans to randomly select roughly 2,000 unemployed people — from white-collar coders to blue-collar construction workers. It will give them benefits automatically, absent bureaucratic hassle and minus penalties for amassing extra income.”

“Financial shenanigans at companies decrease markedly in the years after truth tellers come forward with information about wrongdoing inside their operations.”

5. Want to Get Rid of Obamacare? Be Careful What You Wish For

“The amount of effort people will expend to resist being stripped of something they already possess is significantly larger than the effort they will devote to acquiring something they don’t already have.”

6. The Tent Cities of San Francisco

“There are now tents on sidewalks above which people pay $4,500 a month for one-bedroom apartments.”

7. White Resentment on the Night Shift at Walmart

“Working-class whites aren’t losing out because other groups are taking limited resources. They, along with the minority workers who the Economic Policy Institute says constitute about 40 percent of the working class, are facing uncertainty because of structural economic change.”

“The concept of collective trauma was rooted in the thought of Émile Durkheim, a turn-of-the-20th-century French sociologist and an architect of the field. Durkheim argued that norms, values and rituals were the linchpins of social order; they provided the basis for solidarity and social cohesion. Collective trauma occurs when an unexpected event severs the ties that bind community members to one another.”

9. My Family Was Interned. Now They’re With Trump.

“A rapid assimilation into American culture defined how my family responded to their years in confinement. While they were Americans on paper even before the war, afterward, they were willing to make any sacrifice to prove it. For my relatives who were interned, that assimilation, and love for this country, found a new expression in supporting Mr. Trump.”

“Moderation … is out of step with the times, which are characterized by populist anger and widespread anxiety, by cross-partisan animosity and dogmatic certainty. Those with whom we have political disagreements are not only wrong; they are often judged to be evil and irredeemable.”

“If a man uses a sandwich for his online dating headshot, steer clear.”

12. The Message of Thomas Friedman’s New Book: It’s Going to Be O.K.

“First, Friedman wants to explain why the world is the way it is — why so many things seem to be spinning out of control, especially for the Minnesota white middle class he grew up in. And then he wants to reassure us that it is basically going to be O.K. In general the explanation is more convincing than the reassurance. But as a guide for perplexed Westerners, this book is very hard to beat.”

13. From Michael Lewis, the Story of Two Friends Who Changed How We Think About the Way We Think

“The human species is fantastically complex and often doesn’t know what it is doing.”

14. Steven Johnson: By the Book

“My books have so many different disciplines and historical periods woven through them that by definition I have to read a million different books and articles when I am in research mode, or actively writing. The main thing I try to avoid reading is my own prose. When you’re in the middle of writing a book, it’s so easy to procrastinate by going back and rereading the chapter you’re working on before you actually start typing out new words. And if you do that, by the time you’re actually done with the first draft, you’ve read many passages dozens of times, which means you’re completely sick of them and can’t tell what’s working and what’s not working, because it all just seems flat and obvious by that point, like a pop song you’ve played too many times. So I just try to power through, and then read it all at the end with fresh eyes.”

“His central thesis is that rest not only makes us more productive and more creative, but also makes our lives ‘richer and more fulfilling.’ But not all rest is created equal — it’s not just about not-working. The most productive kind of rest, according to Pang, is also active and deliberate.”

16. The Conquerers: A New 19th-Century History Focuses on American Imperialism

“Hahn argues that America developed into a nation precisely because of its obsession with owning space; that is, it sought to become a continental empire, which meant acquiring land and resources, almost at any cost, and dominating sovereign peoples both at home and abroad.”

17. Who’s Responsible When Extremists Get a Platform?

“Somewhere between media and social media — between familiar ideas about politics and the news and the ones that underpin the world we live in today — platforms changed from responsibilities into abdications of responsibility. Claiming to provide a platform, in Silicon Valley, doesn’t demand defense. It is the defense. Platforms don’t cause problems; people do.”

18. What the West Can Learn From Japan About the Cultural Value of Work

“Work is good, but meaningful work is better. I wonder whether our shiny new Western world of work — post-manufacturing, un-unionized, gig-based, insecure — offers as much sense of meaning as work once did, or as it still seems to in Japan.”

“You need a thick wrist and a big hand and a long forearm.”

20. Is It Possible to Make a Less Allergenic Peanut?

“Rather than changing people, they say, we should change the peanut.”

“What is at stake is not just one more piecemeal innovation but control over what very well could represent an entirely new computational platform: pervasive, ambient artificial intelligence.”