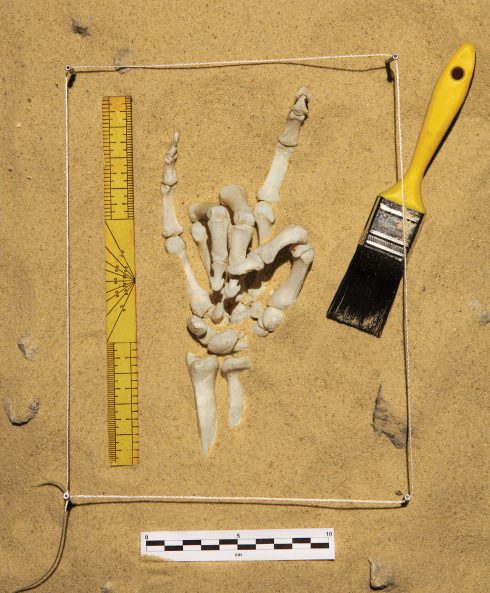 1. Which Rock Star Will Historians of the Future Remember?

“As the timeline moves forward, tangential artists in any field fade from the collective radar, until only one person remains; the significance of that individual is then exaggerated, until the genre and the person become interchangeable.”

“The troubles at City College, and throughout the entire CUNY system, are representative of a funding crisis that has been building at public universities across the country. Even as the role of higher education as an engine of economic mobility has become increasingly vital, governments have been pulling back their support.”

3. One of the World’s Greatest Art Collections Hides Behind This Fence

“Free ports originated in the 19th century for the temporary storage of goods like grain, tea and industrial goods. In the last few decades, however, a handful of them — including Geneva’s — have increasingly come to operate as storage lockers for the superrich.”

“Mostly, the most crazy ideas work the best.”

5. Born in the VCR Era, Great Courses Seeks to Evolve

“Decades before TED Talks, so-called massive open online courses and YouTube videos made top educators accessible to the masses, the Great Courses built a loyal audience of lifelong learners by making “the world’s greatest professors” available to anyone with a VCR or cassette player.”

6. Why You Will Marry the Wrong Person

“We need to swap the Romantic view for a tragic (and at points comedic) awareness that every human will frustrate, anger, annoy, madden and disappoint us — and we will (without any malice) do the same to them. There can be no end to our sense of emptiness and incompleteness. But none of this is unusual or grounds for divorce. Choosing whom to commit ourselves to is merely a case of identifying which particular variety of suffering we would most like to sacrifice ourselves for.”

“Tech’s elite, lauded for their originality, are influencing media, politics and society at large with a kind of venture philanthropy, much as their industrial predecessors did more than 100 years ago.”

8. My Adventures in Going Viral

“My brain filled with dopamine. My phone buzzed and blinked. I was experiencing a mythologized modern experience: going viral. When you’re pursuing a career in a field that’s both unrewarding and mostly D.I.Y. you cling to these little successes as if they are buoys in the water, assuring you that you’re not entirely lost at sea.”

9. The Psychology of Genre

“The human brain is a pattern-matching machine. Categories help us manage the torrent of information we receive and sort the world into easier-to-read patterns.”

“The bigger problem is not that conservatives are infiltrating social science departments to spread hatred, but rather that liberals have turned departments into enclaves of ideological homogeneity.”

11. On the Trail of Nabokov in the American West

“At the height of the Cold War, an expatriate Russian novelist with the resonant name of Vladimir was roaming through the reddest of red states, researching a book about a jaded aristocrat’s sexual obsession with ‘nymphets’ (a coinage the book put in the Oxford English Dictionary). The wonder is that Nabokov survived at all.”

12. Nathaniel Philbrick: By the Book

“It still astonishes me that the written word is capable of placing us in another person’s shoes.”

“In a pre-modern tribe, Junger points out — or indeed a modern society such as Israel, in which the burden of defense is widely shared and never remote from the collective experience — war has a shared social meaning. But in a cosmopolitan society such as our own, far removed from the scene of battle, the human qualities demanded and cultivated by war are fundamentally at odds with our public principles.”

“Free speech is complicated and comes at a high price.”

“From the administration of John F. Kennedy to that of Ronald Reagan, the executive, Congress and the courts together expanded the architecture of criminalization, driven by assumptions about the cultural inferiority and ‘pathology’ of African-Americans.”

16. Capture: Unraveling the Mystery of Mental Suffering, by David A. Kessler

“It might be possible, Kessler says, to learn to harness our own capture circuitry.”