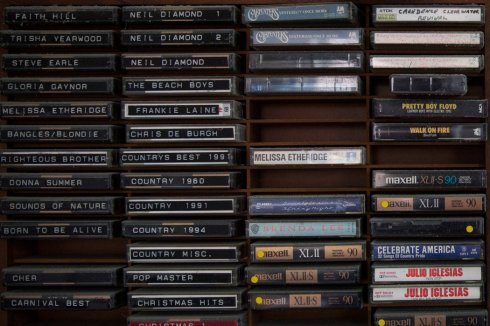 1. The Lonely Death of George Bell

“Each year around 50,000 people die in New York, and each year the mortality rate seems to graze a new low, with people living healthier and longer. A great majority of the deceased have relatives and friends who soon learn of their passing and tearfully assemble at their funeral. A reverent death notice appears. Sympathy cards accumulate. When the celebrated die or there is some heart-rending killing of the innocent, the entire city might weep. A much tinier number die alone in unwatched struggles. No one collects their bodies. No one mourns the conclusion of a life. They are just a name added to the death tables. In the year 2014, George Bell, age 72, was among those names.”

2. Climb In, Tune In: A Renaissance for Sensory Deprivation Tanks

“Like yoga — which went in and out of fashion and is now back with a vengeance — this holistic pastime is drawing new converts who claim the practice can help alleviate depression, anxiety, addiction, jet lag, muscle tension, almost anything. But its return is also garnering critics, who complain of moldy facilities, exaggerated health claims and that sweaty sock stench that seems to plague the interiors of many tanks.”

3. Police Killings of Blacks: Here Is What the Data Say

“The deeper you look, the more it appears that the race problem revealed by the statistics reflects a larger problem: the structure of our society, our laws and policies.”

“In the humanities, there are sound reasons for sticking with the traditional model of the large lecture course combined with small weekly discussion sections. Lectures are essential for teaching the humanities’ most basic skills: comprehension and reasoning, skills whose value extends beyond the classroom to the essential demands of working life and citizenship.”

“The only occupations that have shown consistent wage growth since 2000 require both cognitive and social skills.”

“Taken to extremes, seeing connections that don’t exist can be a symptom of a psychiatric condition called apophenia. In less pathological forms, the brain’s hunger for pattern gives rise to superstitions (astrology, numerology) and is a driving factor in what has been called a replication crisis in science — a growing number of papers that cannot be confirmed by other laboratories.”

“Color temperature is measured in Kelvin units. Lower temperatures are warm, in the yellow range; higher temperatures are cool, in the blue. Sodium bulbs are around 2,200 Kelvin — light in which one might fall in love. The brutal LED outside our house is 4,000 — light more conducive to dismembering a corpse.”

8. Longing for the Innocence of Playboy

“Playboy showed me what a pretty girl should look like — thin, white, young. More, it showed me what boys thought a pretty girl should look like. Unless they sneaked a peek at the hairy, heedless lovers in The Joy of Sex, the only naked female bodies they saw were ones like those proffered by that sophisticated swinging bachelor Hugh Hefner, living the good life at the Playboy Mansion, where celebrities from John Lennon and John Belushi to Bill Cosby cavorted with ambitious lasses in lingerie or body paint.”

“With the benefit of hindsight — and a closer look — Back to the Future, Part II proves surprisingly prescient. Coexisting with inventions and trends that may never come to fruition are those that have now arrived, including the use of drones, eyeglasses as wearable tech, video conferencing, and a focus on urban renewal and green space.”

“Are men who cry foolish? Weak? Enlightened? The correct answer, I am almost certain, is none of the above. Crying is part of being human, and men are probably just as human as anybody else.”

“We are only able to see one thing at a time in the same way that we are unable to see through walls. That is the premise of Richard McGuire’s brilliant and revolutionary Here, for which the term ‘graphic novel’ feels awfully small. Here has a single setting: a corner of his childhood living room, in a house built in 1907 in what may be Perth Amboy, N.J. The time frame, however, ranges over eons, from 3,000,500,000 B.C. to A.D. 22,175, although most of the action occurs in the 20th century and the early decades of the 21st.”

12. Should Art Be Timeless or Should It Speak to Something More Current?

“If you shoot for timelessness in your writing, consciously orient yourself to the upper realm, the shining truths and the inexhaustible symbols etc., you will — by a kind of law — produce drivel. You will waft and drift and never get a toehold. If, on the other hand, you bet it all on the particular, really dive unreservedly into specificity, with no thought for higher things, you will find — inevitably, magnificently — that your novel about three plumbers in Milwaukee in 1987 becomes a singing blueprint of human significance.”

“Mack’s Soft Foam Earplugs are the filter for modernity that only an earlier version of modernity could have produced.”

14. What Do We Really Know About Osama bin Laden’s Death?

“American history is filled with war stories that subsequently unraveled.”