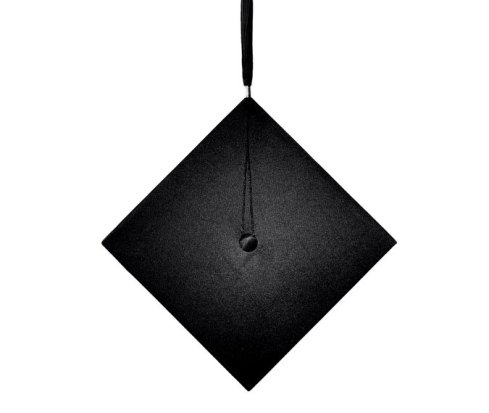 1. What Is the Point of College?

“Two distinct visions of higher education contend throughout our classrooms and campuses.”

2. A Dying Young Woman’s Hope in Cryonics and a Future

“Josh, a political science major, fell in love with Kim, an agnostic science geek, shortly after encountering her freshman year at Truman State University at a meeting of the College Libertarians. There, in the fall of 2007, they bonded over a dislike for the U.S.A. Patriot Act.”

3. Walt Disney, a Visionary Who Was Crazy Like a Mouse

“Here is something that might surprise you: Walt Disney, that icon of American ingenuity, was in financial straits through most of his career.”

4. How to Measure a College’s Value

“Graduates fared better if, during college, they did any one of these: developed a relationship with a mentor; took on a project that lasted a semester or more; did a job or internship directly connected to their chosen field; or became deeply involved in a campus organization or activity (as opposed to minimally involved in a range of things).”

5. Are Western Values Losing Their Sway?

“The Holocaust may seem a distant horror whose lessons have already been learned. But sadly, the anxieties of our own era could once again give rise to scapegoats and imagined enemies, while contemporary environmental stresses could encourage new variations on Hitler’s ideas, especially in countries anxious about feeding their growing populations or maintaining a rising standard of living.”

7. There Is No Theory of Everything

“It is also very often the case that the really good teachers don’t write or don’t write that much. They are not engaged in ‘research,’ whatever that benighted term means with respect to the humanities. They teach. They talk. Sometimes they even listen and ask questions.”

“The same lecture, given by the same professor in the same lecture hall, is actually not the same for each student listening; students with more background knowledge will be better able to absorb and retain what they hear.”

9. What the Privileged Poor Can Teach Us

“I discovered that visiting faculty in their offices to talk things through wasn’t an imposition, but an expectation. I learned that I didn’t just need to make demands of myself, but that I could make demands of others.”

“The French director Olivier Assayas observed not long ago, the blockbuster is ‘the most coherent representation of the world’ in which the audience lives. Fast and Furious proves him right, I think.”

11. The Long Emancipation, by Ira Berlin

“The Long Emancipation offers a useful reminder that abolition was not the charitable work of respectable white people, or not mainly that. Instead, the demise of slavery was made possible by the constant discomfort inflicted on middle-class white society by black activists.”

“In the time of Tinder, our sexuality feels anything but secret. But romance is still mysterious — what does it feel like for everyone else? — and three new books try to explain modern mating.”

13. The Making of Home, by Judith Flanders

“A plain ‘house’ is bricks and a mortgage, the business end of domesticity; the idea of ‘home’ seems much, much more alarming.”

14. Is College Tuition Really Too High?

“Without greater access to higher education, the United States is likely to have even greater income inequality, a huge segment of the population will see its income fall and some of our core assumptions about national identity — ours as a land of opportunity, a prosperous democracy — will be at risk.”

15. A Prescription for More Black Doctors

“Researchers who leave for industry are paid better, certainly, and often get sizable research budgets. But the intellectual register of their work changes. No more exploring hard, ‘basic’ problems out of deep curiosity; they need to solve problems that will make their employers money. When the computer scientist Andrew Moore left Carnegie Mellon to become a vice president of Google in 2006, his new job, he says, was to be ‘as useful as possible to someone trying to buy something’ — which is to say, to help Google’s algorithms learn that the search query ‘my basement is smelly’ should point to a selection of dehumidifiers.”

“The hope is that buildings by starchitects will turn the University of Cincinnati into a desirable, glamorous place to spend four years living and studying.”

18. The Return of the Sex Wars

“To Halley, it’s strange to hear feminists appealing to men to change their behavior while leaving women out of the equation. ‘I’m really troubled by this trend in which women are helpless and passive and men are the big responsible protectors,’ she said. ‘That’s the ideology of the gilded cage. It’s astonishing to see feminists reawakening it uncritically.’”

19. Why We Should Fear University, Inc.

“With every safe academic space balanced by a space of socially desirable danger out of activists’ reach. Our students emerge from classrooms that, we complain, have been sanitized to the point of ridiculousness, and then spend their evenings in Greek houses and dorms that are in a state of perpetual alcoholic fugue.”

“We go to boxing movies to remind ourselves that boxing still exists, and that therefore so do real men. In an age when men best each other through superior portfolio management or high-tech gadgetry, boxing’s often purer form of manliness, one stubbornly immune to new weaponry or accessories, is precisely the point.”