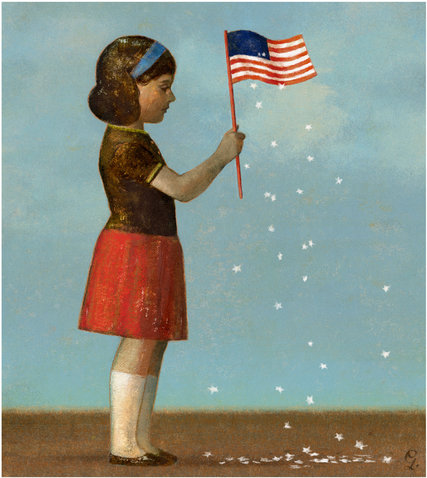 “Overestimating upward mobility was self-serving for rich and poor people alike. For those who saw themselves as rich and successful, it helped justify their wealth. For the poor, it provided hope for a brighter economic future.”

3. Andreessen Horowitz, Deal Maker to the Stars of Silicon Valley

“The economics of Silicon Valley are uncannily similar to those of Hollywood.”

4. The End of California?

“The idea that California could have it all — a pool in every suburban backyard, new crops in a drought, wild salmon in rivers now starved of oxygen — is fading fast.”

5. Sorry, Etsy. That Handmade Scarf Won’t Save the World.

“In progressive circles, buying handmade has come to connote moral virtue, signifying an interest in sustainability and a commitment to social justice.”

“After the untimely death of Freddie Gray, no issue looms larger than the need to discipline, suspend and fire police officers who don’t belong on the streets — and the obstacles their unions put up to that all-too-necessary process.”

7. This Summer’s Action Heroes Are Several Shades of Gray

“He’s sometimes a father, occasionally a husband, often a widower, but almost never a romantic principal and definitely not for the younger woman he’s trying to save. He is, in other words, very much a fighter, not a lover. Violence makes him sexy, as it often does in American movies, where bloodshed, with its heat and frenzied eruptions often and all too blatantly substitutes for sexuality. Yet he remains resolutely uninterested in sex because he’s too sad, too cool or too busy punching younger dudes in the throat. Like latter-day Greek warrior-aristocrats, the action dads inhabit a largely male realm of fighting and bonding, whether they walk alone or in the company of younger men whom they initiate (chastely!) into the brutalizing ways of the world.”

8. Movies Seek Laughs With All Manner of Sex Scenes

“Sex has always served as ample inspiration for comedy — every awkward encounter in bed is a potential gold mine for an observant writer or actor. But this summer, more than any other in recent memory, filmmakers are focused on what’s going on in hotel rooms, taxi back seats and anywhere else two people (or more) are getting it on.”

“In an era when it has become fashionable for New Yorkers to grumble that their own city is becoming a sterile playland for the global-money set (Dubai with blizzards, basically), Los Angeles is enjoying a renaissance with a burgeoning art, fashion and food scene that has become irresistible to the culturally attuned.”

“No one teaches you how to be a dad.”

“She took screen shots of the offending messages, superimposed them with remarks like “Tinder is not the solution to your marital problems” and uploaded them to her profile as a warning to future matches.”

12. Oh, Those Clever Librarians and Their #Bookface

“Bookface involves strategically lining up your face or another body part alongside a book cover that features a matching body part so that there appears a melding of life and art. Librarians and other book lovers post these photos weekly on visual apps like Instagram, using the caption #BookfaceFriday. The minitrend is giving a boost to the digital presence of institutions that are, by definition, purveyors of analog information.”

14. There Is Simply Too Much to Think About, Saul Bellow’s Nonfiction and The Life of Saul Bellow: To Fame and Fortune, 1915-1964, by Zachary Leader

“‘Everything is to be viewed as though for the first time.’ Assume ‘a certain psychic unity’ with your readers (‘Others are in essence like me and I am basically like them’). Accept George Santayana’s definition of that discredited word ‘piety’: ‘reverence for the sources of one’s being.’ Cherish your personal history, therefore, but never seek out experience, or ‘Experience,’ as grist: Some writers are proud of their ‘special efforts in the fields of sex, drunkenness’ and poverty (‘I have even been envied my good luck in having grown up during the Depression’); but ‘willed’ worldliness is a false lead. Resist ‘the heavy influences’ — Flaubert, Marx, etc., or what Bellow, citing Thoreau, calls ‘the savage strength of the many.’ The imagination has its ‘eternal naïveté’ — and that is something the writer cannot afford to lose.”

15. Days of Rage, by Bryan Burrough

“Collectively, the several hundred assorted underground bombers, bank robbers, kidnappers and assassins whose exploits are recounted in Days of Rage failed to end the war, failed to advance the cause of black liberation, failed to gain Puerto Rican independence and failed to mobilize or radicalize much of anyone (except, perhaps, right-wing opponents). Never have so few done so much to divide, confuse, discredit and demoralize so many in the much broader social movements from which they emerged.”

“I decided to cease being a woman forever.”

17. Why ‘Natural’ Doesn’t Mean Anything Anymore

“What are we really talking about when we talk about natural? It depends; the adjective is impressively slippery, its use steeped in dubious assumptions that are easy to overlook. Perhaps the most incoherent of these is the notion that nature consists of everything in the world except us and all that we have done or made. In our heart of hearts, it seems, we are all creationists.”

“What is that thing?”

19. Who Gets to Wear Shredded Jeans?

“We put on jeans with ruined threading in a self-adoring performance of annihilation.”

20. ZPM Espresso and the Rage of the Jilted Crowdfunder

“Kickstarter backers have been trained to expect a world custom-engineered for total frictionlessness. Everything is supposed to work easily, right away and well. One benefit of giving our lives over to machines and algorithms, after all, is that there’s no margin for human error. As for our physical objects, we expect them to be sleek and perfect, designed with a religious devotion to the harmony of form and function. It’s no accident that the most common way people refer to the industrial-design studio at Apple, with its prototypes hidden from visitors under white shrouds, is as a temple. This is a kind of perfection created under the auspices of the old model: high priests, secret tabernacles, inherited authorities, management by diktat.”

21. Want a Steady Income? There’s an App for That

“Income volatility has been called America’s ‘hidden inequality.’ The economists Karen Dynan, Douglas Elmendorf and Daniel Sichel estimated in a Brookings Institution paper that American household incomes became 30 percent more volatile between the early 1970s and the late 2000s, and that in recent years, more than one in 10 American households took in half the annual income that they did the previous year. The Federal Reserve found in 2014 that nearly a third of American households experienced significant income swings. The volatility is hardest, of course, on the poor, who don’t just earn less than the better-­off but also earn their lower incomes more choppily, the money coming in irregular bursts, surging in some weeks, vanishing in others, always making a mockery of plans. Many poor people earn more each year than they spend, but on a given day, they don’t have the cash to handle the expenses due. Payday loans, pawn shops, credit cards, overdraft fees and such fill the vacuum and make things worse, levying a vast toll in interest, fees and stress.”