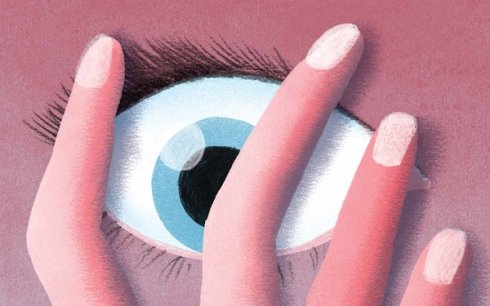 1. In College and Hiding From Scary Ideas

“While keeping college-level discussions ‘safe’ may feel good to the hypersensitive, it’s bad for them and for everyone else. People ought to go to college to sharpen their wits and broaden their field of vision. Shield them from unfamiliar ideas, and they’ll never learn the discipline of seeing the world as other people see it. They’ll be unprepared for the social and intellectual headwinds that will hit them as soon as they step off the campuses whose climates they have so carefully controlled. What will they do when they hear opinions they’ve learned to shrink from? If they want to change the world, how will they learn to persuade people to join them?”

2. How Tim Gunn of ‘Project Runway’ Spends His Sunday

“On Sundays, Mr. Gunn, 61, who lives on the Upper West Side, turns his focus inward in order to ‘heal and repair.’”

3. For College Basketball Players, Skin Is No Longer In

“Players on the court, like starlets on a red carpet, prefer to bare their arms and hide their legs.”

4. Documentaries Are the Go-To Players of Sports Television

“This is a golden age for sports documentaries.”

5. We’re Frighteningly in the Dark About Student Debt

“We are remarkably ignorant about student debt. How many borrowers are delinquent on their federal loans? How does delinquency differ by amount of debt, income and education? Which colleges leave students underwater, with low earnings and large debts they can’t pay?”

6. Too Old to Commit Crime?

“Research by American social scientists shows that all but the most exceptional criminals, even violent ones, mature out of lawbreaking before middle age, meaning that long sentences do little to prevent crime.”

“Gentrification has produced an undeniable but little appreciated side effect: the end of decades of de facto racial segregation.”

8. Why Health Care Tech Is Still So Bad

9. The Math of March Madness

“Some competitors tried to gain advantage by factoring in lots of external information, like travel distance, seeding and performance in previous tournaments. Professors Lopez and Matthews kept it simple. Their algorithm used just two data sources for each game: the Las Vegas point spreads for the N.C.A.A. matchups and a set of offensive and defensive efficiency ratings developed by Ken Pomeroy, an independent basketball analyst.”

10. Kendrick Lamar on His New Album and the Weight of Clarity

“While some may question Kanye West’s conflicted materialism and ego or Drake’s emotional insularity — or, even the outlaw wisdom of Tupac, who cameos posthumously on To Pimp a Butterfly as a guardian angel — Mr. Lamar could be viewed as a more digestible rap messenger. In addition to being religious, he rarely drinks or smokes, eschews fancy clothes and jewelry and has reportedly been in a quiet, decade-long relationship with his high school sweetheart.”

11. The Metro Areas With the Largest, and Smallest, Gay Populations

“The Gallup analysis finds the largest concentrations in the West — and not just in the expected places like San Francisco and Portland, Ore. Among the nation’s 50 largest metropolitan areas, Denver and Salt Lake City are also in the top 10.”

12. The Age of Acquiescence, by Steve Fraser

“Fraser, a labor historian, argues that deepening economic hardship for the many, combined with ‘insatiable lust for excess’ for the few, qualifies our era as a second Gilded Age. But while contemporary wealth stratification shares much with the age of the robber barons, the popular response does not.”

“Like Christianity, Islam forbids usury (riba), but Islam applies this prohibition to any sort of interest. Islam also outlaws gharar, generally translated as ‘uncertainty’; this bars not just gambling but also short sales. Fundamentally, Islam does not allow money to be made from money — it must be made from a tangible asset that one owns and thus has the right to sell — and in financial transactions it demands that risk be shared. So in an Islamic mortgage, rather than lending someone money at interest to buy a house, the bank will buy the house outright and agree to sell it for a ‘cost plus amount,’ which the person living in the house can pay in fixed monthly rental installments. Sukuk behave like bonds, but they tend to be asset-backed, and the returns paid to investors come from those assets’ income streams.”

“Thrift meant more than mere saving. It was a larger philosophy of moderation, righteous living, hard work, self-control, responsibility to others and frugal husbanding of all resources, including nature.”

16. Do Money Woes Spur Creativity or Stifle It?

17. A Sucker Is Optimized Every Minute

“The gut is dead. Long live the data, turned out day and night by our myriad computers and smart devices. Not that we trust the data, as we once trusted our guts. Instead, we ‘optimize’ it. We optimize for it. We optimize with it.”