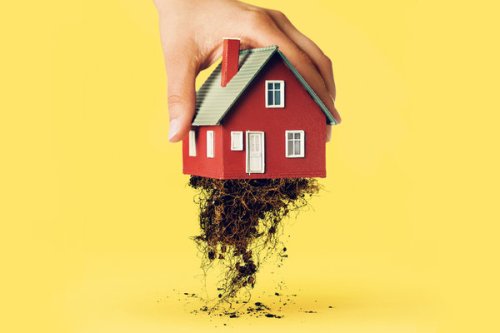 “‘Let’s get out of here’ may be the five most productive monosyllables in American movies. It confers agency on whoever says it. It draws a line under what’s gone before. It propels action. It justifies a change of scene, no matter how abrupt. No wonder screenwriters can’t get enough of it.”

2. At New York Private Schools, Challenging White Privilege From the Inside

“In the past, private school diversity initiatives were often focused on minority students, helping them adjust to the majority white culture they found themselves in, and sometimes exploring their backgrounds in annual assemblies and occasional weekend festivals. Now these same schools are asking white students and faculty members to examine their own race and to dig deeply into how their presence affects life for everyone in their school communities, with a special emphasis on the meaning and repercussions of what has come to be called white privilege.”

“By one measure — money — Mr. Lik may well be the most successful fine-art photographer who ever lived. He has sold $440 million worth of prints, according to his chief financial officer, in 15 galleries in the United States that he owns and that sell his work. The images are mostly panoramic shots of trees, sky, lakes, deserts and blue water in supersaturated colors.”

4. In Service Sector, No Rest for the Working

“Employees are literally losing sleep as restaurants, retailers and many other businesses shrink the intervals between shifts and rely on smaller, leaner staffs to shave costs. These scheduling practices can take a toll on employees who have to squeeze commuting, family duties and sleep into fewer hours between shifts. The growing practice of the same workers closing the doors at night and returning to open them in the morning even has its own name: ‘clopening.’”

5. Bringing Big Data to the Fight Against Benefits Fraud

“Business intelligence companies like IBM, SAS and LexisNexis have long provided predictive computer modeling techniques to financial services companies seeking to inhibit fraud. But now some state and local government agencies are turning to these services.”

6. The Upside of Waiting in Line

“The next time you are waiting in line, take consolation in the fact that otherwise you might not have heard of the opportunity in the first place. If we see a line at a club, restaurant or movie, we figure something interesting is going on there, and so lines have become a driver of publicity.”

“Debt can blight your life. But … debt can make you much wealthier. Then it’s called leverage, and it can supercharge your investment returns if you use it wisely.”

“The architects are hoping that sliding glass doors, high ceilings, lots of natural light and Juliet balconies will help alleviate any feelings of claustrophobia.”

9. Please Don’t Thank Me for My Service

“To some recent vets — by no stretch all of them — the thanks comes across as shallow, disconnected, a reflexive offering from people who, while meaning well, have no clue what soldiers did over there or what motivated them to go, and who would never have gone themselves nor sent their own sons and daughters.”

“The reality is, no one in a position of authority said no.”

11. The Reality of Quantum Weirdness

“Is there a true story, or is our belief in a definite, objective, observer-independent reality an illusion?”

“Two scholars, Marianne Bertrand and Sendhil Mullainathan, sent out fictitious résumés in response to help-wanted ads. Each résumé was given a name that either sounded stereotypically African-American or one that sounded white, but the résumés were otherwise basically the same. The study found that a résumé with a name like Emily or Greg received 50 percent more callbacks than the same résumé with a name like Lakisha or Jamal. Having a white-sounding name was as beneficial as eight years’ work experience.”

13. Kevin Spacey, Star of ‘House of Cards’ and a Bromance With Bill Clinton

“The Clintons have not been shy about their ties to ‘House of Cards.’ Last summer, Mrs. Clinton told People magazine she and Mr. Clinton ‘totally binge-watched’ the first season.”

14. For Sofia Coppola and Anjelica Huston, Oscar’s a Family Friend

“Are shutterbug parents wiping away their mental databases of experiences with their offspring while bulking up their digital ones? And when children grow up reviewing thousands of pictures and hours of video of their young lives, will these images supersede their memories?”

15. Helen Macdonald’s H Is for Hawk

“The premise of her memoir is simple: Macdonald loses her bearings after her beloved father’s sudden death. She retreats from the human world. She’s a poet, historian and longtime falconer, and for complicated reasons, she seizes upon a strange yet sublime prescription for what ails her: She will raise and train a young goshawk, a cur of a bird to some, notoriously difficult to tame.”

“Though increasingly ambivalent about them as an author, I still regularly turn first to the thankings when opening a book for the first time. I want to know if I can like this writer, if I can trust her. Is this a humble scholar or a self-conscious player on a stage? Was the book a labor of love or a lazy dash to the finish line? Acknowledgments give up fantastic clues, consciously and otherwise.”

17. Does Fiction Have the Power to Sway Politics?

“Fiction can say publicly what might otherwise appear unsayable, combating the coerced silence that is a favored weapon of those who have power.”

18. A True Picture of Black Skin

“DeCarava, a lifelong New Yorker, came of age in the generation after the Harlem Renaissance and took part in a flowering in the visual arts that followed that largely literary movement. By the time he died in 2009, at 89, he was celebrated for his melancholy and understated scenes, most of which were shot in New York City: streets, subways, jazz clubs, the interiors of houses, the people who lived in them. His pictures all share a visual grammar of decorous mystery: a woman in a bridal gown in the empty valley of a lot, a pair of silhouetted dancers reading each other’s bodies in a cavernous hall, a solitary hand and its cuff-linked wrist emerging from the midday gloom of a taxi window. DeCarava took photographs of white people tenderly but seldom. Black life was his greater love and steadier commitment. With his camera he tried to think through the peculiar challenge of shooting black subjects at a time when black appearance, in both senses (the way black people looked and the very presence of black people), was under question.”

“Tusk was Fleetwood Mac’s follow-up to the 1977 megahit Rumours, the exquisitely engineered soft-rock juggernaut that went platinum 20 times over, spent 31 weeks at No. 1 and made Fleetwood Mac the world’s biggest band, the very definition of commercial rock. Everyone (including most of the band itself) was expecting the next album to be Rumours II: 40 more lucrative minutes of ‘Go Your Own Way’ and ‘Dreams’ and ‘Don’t Stop’ and ‘You Make Loving Fun.’ Instead, they got Tusk — a deliberate act of crazy defiance. Everything about the album is ridiculous, from its length (20 songs, 72 minutes) to its sleeve art (a visual distillation of the precise moment at which the 1970s turned into the 1980s) to its title (the word ‘tusk,’ among the band’s male members, was slang for the male member; when Stevie Nicks heard that this would be the album’s title, she threatened to quit the band).”

“They knew that walking was physically the easiest (and also the most practical) exercise for those in middle age and older, but the researchers suspected that people might need to push themselves to achieve the greatest health benefits. So they created a regimen consisting of three minutes of fast walking at a pace that Nose says approximates a 6 or 7 on a scale of exertion from 1 to 10. Each ‘somewhat-hard’ three-minute spell was followed by three minutes of gentle strolling.”

21. ‘Out of My Mouth Comes Unimpeachable Manly Truth’

“For the next week, I will subsist almost entirely on a diet of state-controlled Russian television, piped in from three Apple laptops onto three 55-inch Samsung monitors in a room at the Four Seasons Hotel in Manhattan. (If I have to imbibe the TV diet of the common Russian man, I will at least live in the style of one of his overlords.) Two of the monitors are perched directly in front of my bed, with just enough space for a room-service cart to squeeze in, and the third hangs from a wall to my right. The setup looks like the trading floor of a very small hedge fund or the mission control of a poor nation’s space program. But I will not be monitoring an astronaut’s progress through the void. In a sense, I am the one leaving the planet behind.”

“‘Airbnb doesn’t do as well in collectivist countries,’ she said, citing Japan as an example. ‘But in a place like Australia’ — which, like the United States, rates high on individualism and indulgence and low on pragmatism — ‘it’s huge.’”