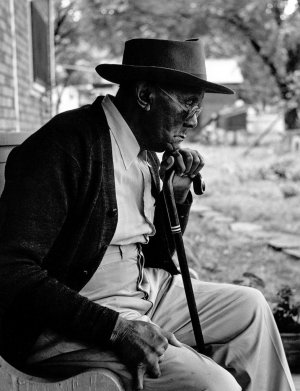 “In 1950, Gordon Parks was the only African-American photographer working for Life magazine, a rising star who was gaining the power to call his own shots, and he proposed a cover story both highly political and deeply personal: to return to Fort Scott, Kan., the prairie town where he had grown up, to find his 11 classmates in a segregated middle school.”

“The world has more stories than it needs or wants to pay for.”

“The British government is planning to pay off some of the debts it racked up over hundreds of years, dating as far back as the [1720] South Sea Bubble.”

4. Sprinting Over the Dirt, With a Robot on the Hump

Camel racing, in one form or another, has been part of Arabian culture for generations, with some historians tracing races to the seventh century … As races became more competitive and prize money grew, many camel owners began to use lightweight children as jockeys, some as young as 2 or 3, importing them from countries like Bangladesh, Afghanistan, Pakistan and Sudan. Falls and critical injuries were common. Trading, bartering and kidnapping of child jockeys, as well as accusations of physical and sexual abuse, were frighteningly frequent, too. At one point, it was estimated that 40,000 child jockeys were being used across the Persian Gulf. The horrors of that human trafficking left a scar for the sport that lingers even now … but a majority, perhaps recognizing the troubling perception of having children ride animals that stand 6 feet tall and can run up to 40 miles per hour, unabashedly praised the technology now widely used instead: robots.”

5. The Scoreboards Where You Can’t See Your Score

“While a federal law called the Fair Credit Reporting Act requires consumer reporting agencies to provide individuals with copies of their credit reports on request, many other companies are free to keep their proprietary consumer scores to themselves.”

6. Out of Tragedy, a Protective Glass for Schools

“A start-up company in Adams, Mass., called School Guard Glass has invented a strong glass intended to thwart intruders for a minimum of four to six minutes.”

“Luxury brand managers use myths and rituals to cast historical shops as sacred, which then lends authenticity to the merchandise and the brand.”

“Money — getting it, keeping it and putting it on screen — remains one of the biggest barriers that female directors confront.”

9. The Tech Changes, but Not the Crime

Enter the superhacker, ‘someone who can seamlessly traverse the digital world and real world.’ (This is in contrast to the other stereotype, ‘the pudgy, sexually repressed, sedentary, overweight geek.’) Though The Matrix set the superhacker standard, a prime example Mr. Anderson noted was Hugh Jackman in the 2001 movie Swordfish. In an online archive of hacker clips that Mr. Anderson maintains, there’s Mr. Jackman, sexy in a loose shirt, pounding red wine as he types awkwardly, shouting ‘Oh yeah!’ at his seven oversize monitors.”

“Generally harder to find on the social network of over one billion people is the documentation of strife, anxiety, discord or discontent — states that anyone who has been married knows are a natural part of the emotional kaleidoscope of the institution. Marital distress, it seems, is the third rail, the untouchable topic of Facebook.”

“The opposition between the ideal of producing a translation that reads as though the original had been written in the language and one that has an accent, like a Russian character speaking English in a Hollywood movie, is an old one, and convincing arguments have been made on both sides of the debate.”

“What passes as news for some (white) readers is simply quotidian lived experience for (black) others.”

13. How We Got to Now, by Steven Johnson

“At various points in How We Got to Now, he helps us see how innovation is almost never the result of a lone genius experiencing a sudden voilà! moment; it’s a complex process involving a dizzying number of inputs, individuals, setbacks and (sometimes) accidents.”

14. Hand to Mouth, by Linda Tirado

“Stress over money and the exhaustion of working multiple jobs aren’t ‘great for higher cognitive activity,’ Tirado notes, leaving her hungry for intellectual stimulation. ‘I stopped thinking in higher concepts, gradually. I feel stupid when I realize how long it’s been since I thought about anything beyond what I had to get through to keep everything moving along: no philosophy, no music, no literature. We know we’re not at capacity, and it rankles.’”

15. Why Homer Matters, by Adam Nicolson

“The world needs more Adam Nicolsons, unabashedly passionate evangelists for the power of ancient poetry to connect us with our collective past, illuminate our personal struggles and interrogate our understanding of human history.”

16. How to Be a Victorian, by Ruth Goodman

“Goodman’s unique selling proposition as a historian is that she walks the walk of her time period, even when that walk involves hard labor in a corset and a hoop skirt. The book is peppered with her wonderful, and often wonderfully dotty, social experiments. For months on end she brushed her teeth with soot, wore the era’s recyclable sanitary towels … set fire to herself cooking on a Victorian range and cleaned herself only with a linen towel, thus replicating the Victorian aversion to water, which was thought to possibly open the pores to infection.”

17. The Lives They Lived: Remembering Some of Those We Lost This Year

“How do you continue beyond the mythmaking moment?”