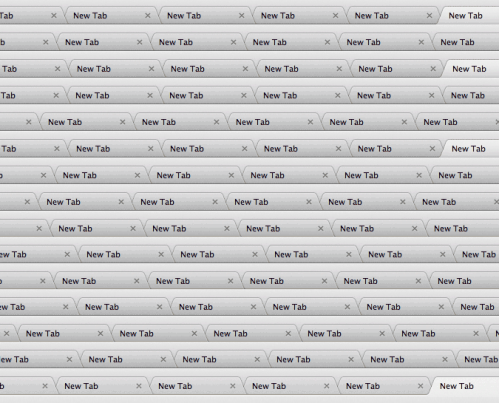 “It’s never been so easy to pretend to know so much without actually knowing anything. We pick topical, relevant bits from Facebook, Twitter or emailed news alerts, and then regurgitate them. Instead of watching ‘Mad Men’ or the Super Bowl or the Oscars or a presidential debate, you can simply scroll through someone else’s live-tweeting of it, or read the recaps the next day. Our cultural canon is becoming determined by whatever gets the most clicks.”

2. Using Jailed Migrants as a Pool of Cheap Labor

“The government and the private prison companies that run many of the detention centers are bending the rules to convert a captive population into a self-contained labor force.”

“In Supreme Court opinions, every word matters. When they’re changing the wording of opinions, they’re basically rewriting the law.”

4. Jeb Bush Gives Party Something to Think About

“A voracious reader, he maintains a queue of 25 volumes on his Kindle (George Gilder’s Knowledge and Power among them, he said) and routinely sends fan mail to his favorite authors. A self-described nerd, he is known to travel with policy journals and send all-hours inquiries to think tanks.”

“The E.U. norms are based on the mistaken idea that quality is about appearance.”

6. Sympathy for the Working Mother

“Summer supplies energy to whole new channels of resentment: toward the painter who has secured the three-week fellowship at Yaddo; toward the academic who is teaching a course at the University of Edinburgh; toward the psychotherapist who is decamping to Wellfleet; toward the inveterate bohemian who has sublet her Chelsea apartment to a group of professional clowns so that she can travel with her daughter through Patagonia.”

“A collection of studies shows that the burden of student debt may well cause people to make different decisions than they would otherwise — affecting not just individual lives but also the entire economy.”

“Statistics show that if you are born elsewhere and later acquire American citizenship, you will, on average, earn more than us native-borns, study further, marry at higher rates and divorce at lower rates, fall out of the work force less frequently and more easily dodge poverty.”

9. Who Are Women’s Colleges For?

“Where the leaders of these schools were once in the vanguard, championing the equal rights of women, they are now in the reactionary position of arguing that biology is destiny. This is a losing battle.”

“If all the latest cutting-edge scientific research says that outdated barbell movements have to be updated with core stability tricks and then integrated into super-short high-intensity muscle-confusion routines, how come none of that did much for me, while the same five lifts repeated for a year caused profound structural changes to my body?”

11. Women Alert to Travel’s Darker Side

“We weigh our bodily integrity against our desire to see the world. For us, for women, there is a different tourist map of the globe, one in which we are told to consider the length of our skirts and the cuts of our shirts, the time of day in which we choose to move around, and the places we deem ‘safe.’”

12. Soccer as Spectacle in the Pacific Northwest

“Soccer, for the most part, has continued to be a niche sport in America, like cycling or gymnastics. Except in the Pacific Northwest, where Major League Soccer is a stadium-filling, culture-defining, loud, passionate phenomenon, with throngs of chanting supporters spilling out of the bars and restaurants into the streets around the downtown stadiums in Vancouver, Seattle and Portland, thousands of shouting, singing, marching partisans, waving their banners and scarves. Some of them aren’t even drunk.”

14. The Demands of Book Promotion: Frivolous or Necessary?

“Writers need readers; readers need writers; humans need humans. Promotion, however tricksy or inglorious, is just a way to find your people, or to let them find you.”

“I didn’t go to Tibet for the same reason that I’ve never been to bed with Jennifer Lopez. Sometimes it’s better to imagine things.”

“Minimal calories and maximal exercise can significantly reduce body fat in just four days — and the loss lasts for months. The catch, of course, is that those four days are pretty grueling.”

“The most extreme case is David Whitlock, the M.I.T.-trained chemical engineer who invented AO+. He has not showered for the past 12 years. He occasionally takes a sponge bath to wash away grime but trusts his skin’s bacterial colony to do the rest. I met these men. I got close enough to shake their hands, engage in casual conversation and note that they in no way conveyed a sense of being ‘unclean’ in either the visual or olfactory sense.”

18. Can the Nervous System Be Hacked?

“Should scientists succeed and bioelectronics become widely adopted, millions of people could one day be walking around with networked computers hooked up to their nervous systems. And that prospect highlights yet another concern the nascent industry will have to confront: the possibility of malignant hacking.”

19. A Revolutionary Approach to Treating PTSD

“The group converged around an idea that was powerful in its simplicity. The way to treat psychological trauma was not through the mind but through the body. In so many cases, it was patients’ bodies that had been grossly violated, and it was their bodies that had failed them — legs had not run quickly enough, arms had not pushed powerfully enough, voices had not screamed loudly enough to evade disaster. And it was their bodies that now crumpled under the slightest of stresses — that dove for cover with every car alarm or saw every stranger as an assailant in waiting. How could their minds possibly be healed if they found the bodies that encased those minds so intolerable?”