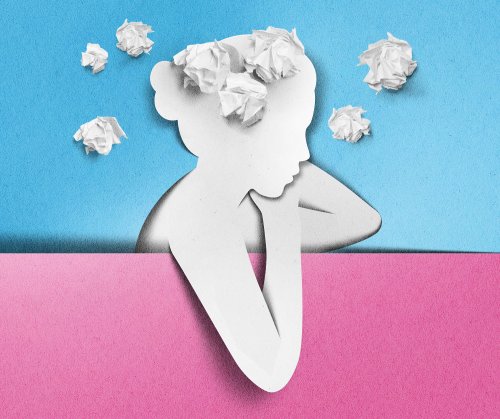 “Sleep, it turns out, may play a crucial role in our brain’s physiological maintenance. As your body sleeps, your brain is quite actively playing the part of mental janitor: It’s clearing out all of the junk that has accumulated as a result of your daily thinking.”

“Why, in an age when shows can be watched anytime, do the cable and broadcast networks continue to put much of their best programming in the same place?”

3. Banks Say No to Marijuana Money, Legal or Not

“Their businesses are conducted almost entirely in cash because it is exceedingly difficult for them to open and maintain bank accounts, and thus accept credit cards.”

4. The Vicious Circle of Income Inequality

“Inequality in the United States has been increasing sharply for more than four decades and shows no signs of retreat.”

5. How Can We Help Men? By Helping Women

“Social and economic policies constructed around the male breadwinner model have always disadvantaged women. But today they are dragging down millions of men as well. Paradoxically, putting gender equity issues at the center of social planning would now be in the interests of most men.”

“We are at the start of the Second Machine Age.”

“Is this misogyny always latent in a subset of the male population, or are there magnifying forces at work?”

8. Algorithm for Your Personal Rhythm

“Ian Rogers, the chief executive of Beats Music, argued that these systems inevitably fail because they rely too heavily on computer algorithms and because the people behind them just misunderstand music. He cited one typical, so-obvious-it’s-wrong recommendation as proof of the problem: Paul Simon fan? Check out Art Garfunkel!”

9. They Want Her on Their Side

“The group has so much cachet that it does not yet have a website.”

10. At a Bay Area Club, Exclusivity Is Tested

“At the November art party, as the circle of partygoers waxed poetic about their super powers, a silver-haired man strode into the room (which is hidden behind a bookcase) with two young, blond women. The two groups eyed each other suspiciously.”

“My main fear was that someone would recognize me before the evening was out. There was, after all, a prominent author photo on the back of the paperback edition the club was using. But, as it happened, this was noticed only by the elderly woman sitting next to me.”

“For nearly four centuries, as Greg Grandin writes in his powerful new book, slavery was the ‘flywheel’ that drove the global development of everything from trade and insurance to technology, religion and medicine. To read The Empire of Necessity is to get a sort of revolving scan from the center of the wheel. What we see is an endless sequence of human transactions — the production and exchange of meat, sugar, rice, cotton, tobacco, gold, among many other things — all connected, through slavery, by linkages whose full extent cannot be discerned from any point along the way.”

14. Is Uber’s Surge-Pricing an Example of High-Tech Gouging?

“Market efficiency is not always the same thing as consumer benefit — a lesson worth learning in the digital age, for Uber riders as well as everyone else.”

“According to the Western University historian Robert MacDougall, the providers of the ‘girl-less’ lines promised that they never eavesdrop and are ‘never impudent and saucy.’)”

16. The Murderer and the Manuscript

“Alaric Hunt turned 44 in September. He last saw the outside world at 19. He works every day at the prison library in a maximum-security facility in Bishopville, S.C., passing out the same five magazines and newspapers to the same inmates who chose the library over some other activity. He discovered his favorite writer, Hemingway, at a library like this one, in a different prison. He found the Greek and the Roman philosophers there too. He rediscovered the science-fiction masters who wowed him as a boy and spurred him to write his own stories. And, one Friday three years ago, he found the listing for the contest that would change his life.”

“Maybe I’m putting too much faith in the power of a simple social-science experiment to explain complex human behavior.”