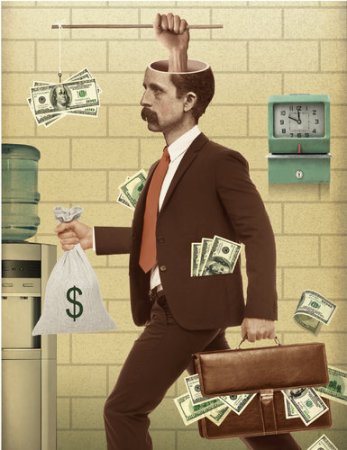 1. You Can’t Take It With You, but You Still Want More

“Productivity rates have risen, which theoretically lets many people be just as comfortable as previous generations while working less. Yet they choose not to.”

3. Banished for Questioning the Gospel of Guns

“When writers stray from the party line promoting an absolutist view of an unfettered right to bear arms, their publications — often under pressure from advertisers — excommunicate them.”

“This is one of the biggest left coast-right coast splits we’ve seen.”

5. Down for the Count After a Hard Workout

“In other words, their bodies were telling them something was wrong.”

6. Listen to Pandora, and It Listens Back

“A few services, like Pandora, Amazon and Netflix, were early in developing algorithms to recommend products based on an individual customer’s preferences or those of people with similar profiles. Now, some companies are trying to differentiate themselves by using their proprietary data sets to make deeper inferences about individuals and try to influence their behavior.”

7. Can Upward Mobility Cost You Your Health?

“Success at school and in the workplace can exact a toll on the body that may have long-term repercussions for health.”

8. The Loneliness of the Long-Distance Reader

“Reading, always a solitary affair, is increasingly a lonely one.”

“Throughout history and across cultures the blind have been traduced by a host of mythologies such as this. They have variously been perceived as pitiable idiots incapable of learning, as artful masters of deception or as mystics possessed of supernatural powers. One of the most persistent misconceptions about blindness is that it is a curse from God for misdeeds perpetrated in a past life, which cloaks the blind person in spiritual darkness and makes him not just dangerous but evil.”

“Mr. Allen has become a pervasive influence on writers, filmmakers and comedians of every style and background. His intellectual and artistic lineage is complicated and his descendants are legion. But without him, contemporary popular culture — from Lena Dunham to Louis C. K.; from Nanni Moretti to Jon Stewart — would scarcely exist.”

“The continuing decline of telephone culture is perhaps most consequential for those who work at home.”

“We are a niche that it seems shouldn’t exist in a country that aspires to be postracial. As a result, minority travelers are mainly paving our own path, guided by ourselves, our social and professional networks and by bloggers. We are a largely untapped market, exploring the world without being aggressively sold an itinerary on how to do it. That means there are few guidebooks or tour operators to prepare me for the moment of surprise that I experienced in the Forbidden City. And it is one of the reasons that travel right now feels more freeing than ever.”

“There are two obvious differences between walking and vehicular travel. The first is that walking is a full-body experience; mind and body function inseparably, such that thought becomes both site-specific and motion-sensitive. The second is that on foot you are unshielded from the world. There is no sheltering glass or steel between you and the weather, and whoever or whatever you might encounter. Walking a path, you greet or chat with the people you meet: I can’t remember ever having flagged down a stranger’s car on the other side of the highway to talk things over.”

“In 1962, after a disastrous stint in the Army, marriage and fatherhood, he left Peoria to attempt a show business career.The following year, Pryor arrived in New York City and quickly gained recognition as a promising young comic in the Bill Cosby vein. Before long, he abandoned the safe, orthodox approach of his peers and dropped out to rethink and revamp his stage act. He immersed himself in black culture, reading Malcolm X and, in Berkeley, hanging out with a group of black activists and intellectuals who flaunted that culture. By the early ’70s, he had introduced a startling new stage persona and character-based comic approach that reflected his personal transformation. Several Grammy Award-winning albums and a groundbreaking television variety show followed. And in 1979, with the release of Richard Pryor: Live in Concert, which Pauline Kael called ‘probably the greatest of all recorded performance films,’ he assumed the mantle of the nation’s premier stand-up comedian.”

“At its best, Promise Land is a memoir about Lamb-Shapiro’s complicated relationship with her father, forged in the wake of her mother’s mysterious death. It’s also a breezy history of self-help, encompassing the tracts of Seneca and Marcus Aurelius through Emerson’s ‘Self-Reliance’ up to and including The Secret. And, most awkwardly and unconvincingly, it’s an A. J. Jacobs- or Robyn Okrant-type stunt book, the kind wherein the author follows various expert edicts and reports on the comical results.”

“Once for fun, I dripped a Pollock parody. I had to take it off a wall because it embarrassed visitors who thought it genuine.”

“If she was underappreciated in her time, her minimalist gifts — the fluid movement, the stillness in repose, the sense of interiority — have come to seem ultramodern.”

“McMahon, a professor at Florida State University whose previous book was a history of happiness, has written a history of ideas of genius. His story ranges from attempts in antiquity and early Christianity to understand what made men great (Alexander) or holy (Francis of Assisi), to early modern thinking about innate gifts (Mozart); to Romantic notions of a wild, even dangerous creative power (Byron); to the peculiar logic of 20th-century cults of genius, according to which Lenin, for example, was a ‘genius of revolution’ (Stalin’s phrase), whose brain was studied after his death to determine the ‘material substrate’ of his intellectual powers.”

“From the field of happiness studies, Montgomery seizes on the finding that people are relatively poor at making choices that maximize their own well-­being. From the growing literature on urban design, he infers that the way cities are built is a powerful influence on mood and behavior. Hence his conclusion: If city planners and developers paid more attention to the growing body of knowledge about happiness, they could create cities that enhance the contentment of those who live in them.”

20. How Do E-Books Change the Reading Experience?

“Time is our most precious currency. So it’s significant that we are being encouraged, wherever possible, to think of our attention not as expenditure but as consumption. This blurring of labor and entertainment forms the basis, for example, of the financial alchemy that conjures deca-billion-dollar valuations for social-networking companies.”

21. Thinking Outside the (Big) Box

“Even the most coldhearted, money-hungry capitalists ought to realize that increasing their work force, and paying them and treating them better, will often yield happier customers, more engaged workers and — surprisingly — larger corporate profits.”

“There’s a practical reality here that nullifies a lot of the salient details — this knowledge is real, regardless of how we feel about its derivation.”

23. Who Made That Nigerian Scam?

“Before we started getting all-caps proposals in our inboxes, con men in West Africa plied their trade by fax and paper letter.”

“By noon, Aldridge had been in the water for almost nine hours. He was starting to shiver uncontrollably. Sea shrimp and sea lice were fastening themselves to his T-shirt and shorts, claiming him as part of the sea.”

25. The Quest for a Natural Sugar Substitute

“The problem is that for all the fear of fructose, consumers have grown just as wary of its beaker-born alternatives. To health fanatics, they seem noxious on their face: Sweet’N Low comes from a derivative of coal; Equal is made from methanol and converts to formaldehyde when digested; Splenda is a chlorinated sugar.”

“For a gay adolescent nerd whose other greatest thrill came on report-card day, their success was my success.”