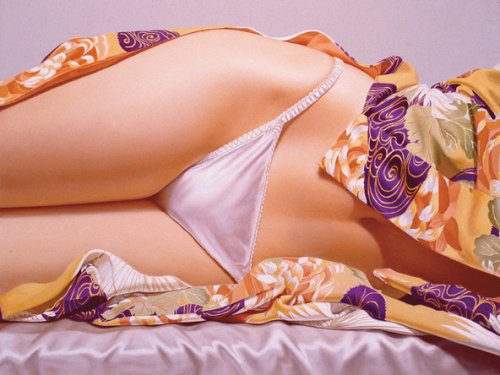 1. For Women, a New Look Down Under

“The story goes that the 19th-century art critic John Ruskin was so shocked by the discrepancy between the renderings he’d studied and his wife’s naked body that he annulled the marriage. ‘Though her face was beautiful,’ he wrote, ‘there were certain circumstances in her person’ that left him unable to proceed.”

“Rather than changing the culture of the banks, which promote policies on flexible hours and work life balance, these women say that to succeed they must give in to its sometimes brutal terms, from 4:45 a.m. wake-ups onward through days of ceaseless competition.”

“When Stephon Marbury decided to do a live, hours-long webcast in 2009, during which he cried and ate globs of Vaseline, Silverman was inspired to write a critical review. He went so far as to compare Marbury to the 20th-century German performance artist Joseph Beuys. It was one of Silverman’s first basketball-related pieces, and he kept going. He explained why the Knicks were wrong to pursue LeBron James in free agency, which turned out to be an unpopular stance. When J. R. Smith took to Instagram to post a photograph of an armored vehicle that was the property of one of his pals, Silverman opined on the growing militarization of society. He summarized one recent loss by describing, in exhaustive detail, the act of vomiting.”

“Manipulating behavior is old hat in the private sector, where advertisers and companies have been nudging consumers for decades. Just think of strategically placed chocolate bars at the checkout counter. But in public policy, nudge proponents study human behavior to try to figure out why people sometimes make choices that they themselves would consider poor.”

5. In a Scoreboard of Words, a Cultural Guide

“The analysis of large, complex data sets — or ‘Big Data’ — to predict phenomena is becoming ubiquitous. But Google’s tool is an example of data analysis over a much larger time scale — an approach called ‘Long Data’ — to find and follow cultural shifts. And it is ushering in a quantitative approach to understanding human history.”

6. So Easy to Sign Up, and So Hard to Cancel

“In other words, canceling is often much harder than ordering something in the first place. Why?”

7. Beating the Market, as a Reachable Goal

“His particular approach relies on skills that he says are ‘practically extinct.’”

8. Whiskers Unlimited? Not on Wall St.

“In general, bankers and traders are a conspicuously clean-shaven lot.”

9. The Case for Filth

“The only possible solution to the housework discrepancy is for everyone to do a lot less of it.”

10. Shameful Profiling of the Mentally Ill

“The Americans With Disabilities Act of 1990 prevents employers from discriminating against people who have a mental illness. If we defend the right of people with depression to work anywhere, shouldn’t we defend their right to enter the country?”

11. How Many American Men Are Gay?

“At least 5 percent of American men, I estimate, are predominantly attracted to men, and millions of gay men still live, to some degree, in the closet. Gay men are half as likely as straight men to acknowledge their sexuality on social networks. More than one quarter of gay men hide their sexuality from anonymous surveys. The evidence also suggests that a large number of gay men are married to women.”

12. Rushing for the Arctic’s Riches

“Approximately 13 percent of the world’s undiscovered oil deposits and 30 percent of its natural gas reserves are above the Arctic Circle.”

13. Caution: Reading Can Be Hazardous

“There are only two reasons for reading fiction, I finally decided: to experience beautiful, original prose and to learn something about people and their nature. To judge from my reading, exceptionally beautiful and original prose is in short supply these days. And during the summer doldrums I sometime found myself thinking that I was paying the price for an overly bookish life: that I already knew what little there really was for fiction to teach us. Human beings are flawed and do foolish things, especially when love and money are involved. O.K., I think I’ve got that.”

“I always give books. And I always ask for books. I think you should reward people sexually for getting you books. Don’t send a thank-you note, repay them with sexual activity. If the book is rare or by your favorite author or one you didn’t know about, reward them with the most perverted sex act you can think of. Otherwise, you can just make out.”

15. Bryan Cranston: By the Book

“While shooting in Portland, Ore., I got the pleasure of discovering Powell’s Books, an enormous old bookstore (which I hope still exists) and stayed there the entire day. I just curled up in a comfy chair and read. They had a cafe in the store that I frequented. What joy. I suppose it helped that it was a rainy day. Rain creates a Pavlovian response in me to relax with a good book. I find that peace at our beach house, and created a cozy nook just for that purpose. I admit that I am driven to work and have to remind myself that reading is not an indulgence or a luxury. I have to improve that aspect of my life.”

“In the final decades of ancien régime France, an unsentimental, frankly hedonistic brand of thrill-seeking called libertinage — an enterprise in which, according to the playwright Pierre de Marivaux, ‘one still said to a woman: “I love you,” but this was a polite way of saying: “I desire you”’ — infused every genre from fiction to poetry, theater to philosophy, memoir to popular song.”

“It’s baffling that animals have been an essential part of our lives for millenniums, yet, scientifically speaking, we know little about them. Researchers have long studied animals in the wild to learn how they interact, or in laboratories to see what they can teach us about human behavior and disease. But there’s been little focus on animals for the sake of understanding their inner workings, and even less on our relationships with them. Now the birth of fields like anthrozoology, the study of ­human-animal interactions, is changing that, and this shift is showing in books as well.”

“When Parker died at 34 in 1955, the coroner estimated him to be between 50 and 60 years old; such was the abuse to which he had subjected his body through drugs and alcohol.”

“From this lonely, Dickensian childhood Bradlee traces almost everything: Williams’s atheism, his shyness and insecurity, his difficulty getting along with women, the towering rages that afflicted him almost like fits of madness, his perfectionism and his need to excel and be noticed.”

“While Stax was becoming an R&B powerhouse in Memphis, another record company, 700 miles to the north, was successfully producing black music. But Motown consciously appealed to white as well as black audiences. Its slogan, Gordon points out, was ‘“The Sound of Young America,” defining itself not by race but by age.’ Its music was ‘bright and inviting … easily digestible.’ The documentary ‘Respect Yourself’— written by Gordon for PBS’s Great Performances series in 2007 — revealingly juxtaposes a performance of ‘My Girl’ by the Temptations, with their matching suits and stylized choreography, and a heartfelt one by Otis Redding. ‘Hitsville, U.S.A.,’ read the sign on Motown’s headquarters; the marquee of the Capitol Theater countered, ‘Soulsville, U.S.A.’”

In her new book, The Power of Glamour, Virginia Postrel lays out the case for glamour as a life-shaping force, whether for good or for ill. Neither a lament for a lost world nor — heaven forbid! — a mere encomium to glitz, Postrel’s cleareyed and exhaustive analysis looks not only at the history of glamour, but at how it works, developing a theory that explains, in her words, ‘how Jackie Kennedy is like the Chrysler Building or a sports car like a Moleskine notebook, or why some audiences might find glamour in nuns, wind turbines or “Star Trek.”’”

“All I knew was that America was the greatest thing in the world. Nobody knew how people struggle in America.”

24. There’s a Reason They Call Them ‘Crazy Ants’

“He can’t fathom what the ants want — why they’ve come. They are frightening because they make no sense, because of the utter disarray of their existence.”

“The territory formerly known as the Great American Desert remains one of the most sparsely populated regions in the country, with the counties of its collective states frequently holding more square miles within their boundaries than residents. And each year, these empty counties — radiating west from the 100th meridian across the Great Plains to the base of the Rocky Mountains — grow emptier still, as the land steadily sheds its few scattered inhabitants.”

26. The Dutch-Elm Disease of Creative Minds

“If I had to identify a single element that characterizes my life as a writer, a dominant affective note, it would be self-doubt. It is a more-or-less constant presence in everything I do. It is there even as I type these words, in my realization that almost all writers struggle in this way; that the notion of a self-doubting writer is as close to tautology as to make no difference, and that to refer to such a thing as a ‘struggle’ is to concede the game immediately to cliché, to lose on a technicality before you’ve even begun.”