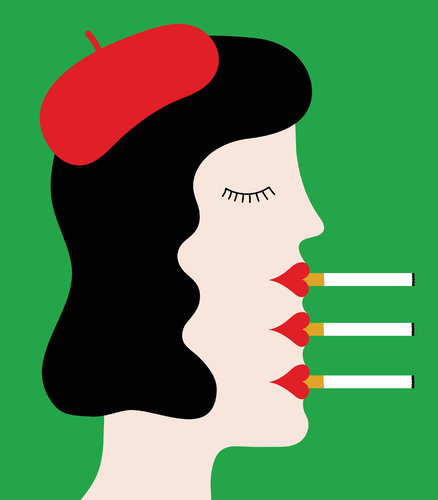 2. A Race to Save the Orange by Altering Its DNA

“Do we really want to do this?”

“You go home, disgusted with town, and mankind, and yourself, and long to be alone for awhile in a desert, until your misanthropic feelings are consoled and cured. The city is always dark enough, on its shaded side, even in Winter; but Summer, with all its gay sunshine, makes the shadows still darker and deeper.”

“The more helpless one feels when facing a given stressor … the more toxic that stressor’s effects. That sense of control tends to decline as one descends the socioeconomic ladder, with potentially grave consequences.”

5. Fighting Back Against Wretched Wages

“In recent weeks, workers from McDonald’s, Taco Bell and other fast-food restaurants — many of them part-time employees — have staged one-day walkouts in New York, Chicago, Detroit and Seattle to protest their earnings.”

6. Can We See Our Hypocrisy to Animals?

“Some day, will our descendants be mystified by how good and decent people in the early 21st century — that’s us — could have been so oblivious to the unethical treatment of animals?”

“Walter may have wanted us to believe — and may, at moments, have convinced himself — that he was a decent man driven by desperate circumstances to do terrible things, but that notion was either wishful thinking or tactical deceit. Viewed as a whole, in optimal binge conditions, with the blinds pulled down and the pizza boxes and chicken wrappers piling up around the couch, Breaking Bad reveals itself as the story of a man mastering his vocation and fighting to claim his rightful place in the world. Its dark, morally scandalous vision has been imposed on the kind of tale that is, more conventionally, an inspiring parable of entrepreneurial gumption. This formula turns out to be well suited to the times.”

“In a way, all the adaptations of Mr. Ellis’s books are monster movies, turning his heroes into heartless creatures who feel nothing to let nothing hurt them.”

10. Birth of Another Spectacle, and Its Life

“It’s on the edge of madness, but so is genius.”

“While the Manic Pixie Dream Girl always rescues the man from the doldrums of life in the first act of the movie, the roles reverse in the end, with him ultimately saving her with his love. Beyond the coolness and excitement they bestow, this is the true gift of the Manic Pixie Dream Girl, because fixing something, especially when it’s a person, is what makes a man feel most valuable.”

“Learning about a writer’s life changes your relationship with him. It sort of destroys the fantasy.”

13. Should Reddit Be Blamed for the Spreading of a Smear?