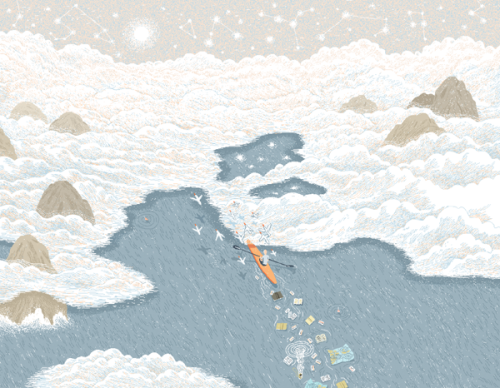 1. Losing Our Way in the World

“Too often in the modern era, we rely on guardians to interpret events for us, and they’re too happy to step in and tell us what something ‘means.’ But when we do this, we surrender the more primal empiricism that our ancestors surely possessed.”

2. Curtis Harnack, Writer and President of Yaddo, Dies at 86

“Many of us fled relatives and hometowns because life couldn’t be accepted in a pre-decided manner but had to be discovered. However, a time such as this may come when one is suddenly thrown back to origins, with witnesses all around saying: We know who you are, and you know who we are; let us examine, accept, and even embrace this moment before it too passes.”

“What interns are demanding is hardly a mystery: respect for their work.”

5. Welcome to the ‘Sharing Economy’

“In a world where, as I’ve argued, average is over — the skills required for any good job keep rising — a lot of people who might not be able to acquire those skills can still earn a good living now by building their own branded reputations, whether it is to rent their kids’ rooms, their cars or their power tools.”

6. Fast Time and the Aging Mind

“It’s simple: if you want time to slow down, become a student again. Learn something that requires sustained effort; do something novel. Put down the thriller when you’re sitting on the beach and break out a book on evolutionary theory or Spanish for beginners or a how-to book on something you’ve always wanted to do. Take a new route to work; vacation at an unknown spot. And take your sweet time about it.”

“Water vapor is not the only thing in that sopping summer air. It also contains aerosols — both solid and liquid. They may have condensed from the gases that emerge from your tailpipe or from a factory chimney, or they may have risen into the air from the ground: tiny particles of silicon, organic matter, threads, starch, spores, bacterial cells, tire rubber. One of the most common aerosols in New York City air, thanks in part to the booming restaurant scene, is fat.”

8. Let’s Shake Up the Social Sciences

“It is time to create new social science departments that reflect the breadth and complexity of the problems we face as well as the novelty of 21st-century science.”

“We are not machines. Nothing is so tidy about our sex lives. We are very alone in how we dream. We are not making love as easily as we boast we are.”

10. Annie and Her Sisters

“It’s always more comfortable for me to write women.”

11. These Days, the End Is Always Near

“We have placed our modern anxieties inside the particle accelerator of blockbuster Hollywood with contemporary computer effects to contemplate the obliteration of the universe on the big screen.”

12. Jack Handey Is the Envy of Every Comedy Writer in America

“It seemed as if to them Handey is not just writing jokes but trying to achieve some kind of Platonic ideal of the joke form.”