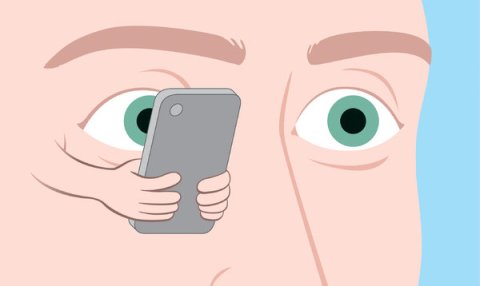 “If you think the situation would improve if the computer display appeared superimposed on the world itself, think again. Perception requires both your eyes and your mind, and if your mind is engaged, you can fail to see something that would otherwise be utterly obvious.”

“She succeeded where the government failed, and for a simple reason, Mr. Jayakumar told me: she possessed divine authority.”

“Never mind all the hoopla about the presumed benefits of an ‘open data’ society. In our day-to-day lives, many of us are being kept in the data dark.”

4. Bequeathing the Keys to Your Digital Afterlife

“Many services and programs have sprung up to help people prepare for what happens after their last login.”

5. Breeding the Nutrition Out of Our Food

“Unwittingly, we have been stripping phytonutrients from our diet since we stopped foraging for wild plants some 10,000 years ago and became farmers.”

“The brain is a wonderful organ. It heals. And it can be helped to heal.”

“The sense of control money provided them had also served to deaden their experience.”

“The world, it seems, is running short of the second most abundant element in the universe — and that’s creating a major problem in a wide array of businesses.”

“Realizing that writing is a lot like drawing gives us a deeper approach. Because really, before we put a word or a mark on the page, both writers and artists must first step back and see.”

“Given the variety of circumstances that exist in the messy real world, we ought to think twice before doling out one-size-fits-all advice to individuals on the basis of averages.”

12. A New Stream for the Thirsty

“What Warner has built here is not a showcase for established classics but an open field for grazing, giving viewers the chance to sample lesser-known and totally forgotten films without risking $20 on a DVD.”

13. The Woman Who Saw Banality in Evil

“Arendt misread Eichmann, but she did hit on something broader about how ordinary people become brutal killers. The postwar generation of young Germans took Arendt’s book as inspiration to rebel against their parents, who may not have personally killed Jews during the war but knew what was going on and did nothing.”

“My idea of heaven is a long walk. Aimless hours pass, thoughts drift. I was never ambitious about how many miles I covered — until I read a biography of Johann Sebastian Bach. He loved to walk, too, and thought nothing of walking to a town hundreds of miles away to try a new organ, or to look for a new job. He walked for weeks — months, even — humming to himself, I hope. I wondered why I always traveled by car, or train, or plane, always in a rush. I wanted to walk from one town to another, too. I began to yearn for slow travel.”

“A great majority of American studios went out of their way to avoid any mention of the ominous political developments in Germany from the moment of Hitler’s rise to power in 1933 until well into 1939, when the outbreak of war in Europe had come to seem inevitable.”

“What the reader remembers is Janet Malcolm: her cool intelligence, her psychoanalytic knack for noticing and her talent for withdrawing in order to let her subjects hang themselves with their own words.”

“The idea of the artist as heroic loner, he decides, is for him merely an anxiety that has become dangerously useful.”

“Conspiracy theories appear to be a way of reacting to uncertainty and powerlessness.”

20. Unexcited? There May Be a Pill for That

“Half a century ago, the birth-control pill offered women the ability to switch off ovulation, to separate sex from reproduction. It played a part, as the ‘60s got under way, in propelling a host of profound changes, cultural as well as reproductive, societal as well as intimate — in how women saw themselves and lived their lives, starting with the notion of women being above all baby makers and mothers. The promise of Lybrido and of a similar medication called Lybridos, which Tuiten also has in trials, or of whatever chemical finally wins the race for F.D.A. approval, is that it will be possible to take a next step, to give women the power to switch on lust, to free desire from the obstacles that get in its way.”

21. Billy Joel on Not Working and Not Giving Up Drinking

“Everybody is different. Some writers can write reams of great books and then J. D. Salinger wrote just a few. Beethoven wrote nine symphonies. They were all phenomenal. Mozart wrote some 40 symphonies, and they were all phenomenal. That doesn’t mean Beethoven was a lesser writer, it’s just some guys are capable of more productivity, some guys take more time. Mozart pisses me off because he’s like a naturally gifted athlete, you listen to Mozart and you go: ‘Of course. It all came easy to him.’ Beethoven you hear the struggle in it. Look at his manuscripts, and there’s reams of scratched-out music that he hated. He stops and he starts. I love that about Beethoven, his humanity shows in his music. Mozart was almost inhuman, unhuman.”