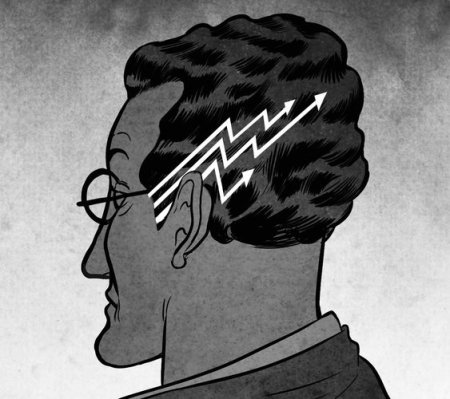 1. Why Innovators Get Better With Age

“The time it takes between the birth of an idea and when its implications are broadly understood and acted upon. This education process is typically driven by the innovators themselves. For Nobel Prize winners, this process usually takes about 20 years — meaning that someone who is 38 at the time of discovery will most likely be nearly 60 when he or she receives the prize. For most eventual laureates, that interval is spent attending and making presentations at conferences, networking with colleagues, writing additional papers, editing academic journals and talking with the press.”

“The story of the rise of nPB and the decline of Ms. Farley’s health is much more than the tale of one company, or another chapter in the national debate over the need for more, or fewer, government regulations. Instead, it is a parable about the law of unintended consequences.”

3. In Brazil, Streets of Dancing Cars and Swagger

“Japanese musicians are rapping in astonishingly precise Spanglish. Lowrider Volvos can be glimpsed on England’s country roads. Rap pioneers like Spanky Loco have cult followings in places like Barcelona, the Catalan capital in northeast Spain. In New Zealand, Maori youths on lowrider bicycles are recording music videos featuring a posse of men in flannel shirts and smiling women washing down vintage American cars.”

“You can make it run when nature wouldn’t have it run.”

5. Lessons Found in the Mud

“We don’t always act in our own best interest, his research suggests. We can be easily manipulated by how we are asked for information. Even something as simple as a playfully designed site can nudge us to reveal more of ourselves than a serious-looking one.”

7. Freed From Its Cage, the Gentler Robot

“Gentler industrial robots, designed to work and play well with others, are coming out from behind their protective fences to work shoulder-to-shoulder with people.”

8. State-Wrecked: The Corruption of Capitalism in America

“The Main Street economy is failing while Washington is piling a soaring debt burden on our descendants, unable to rein in either the warfare state or the welfare state or raise the taxes needed to pay the nation’s bills. By default, the Fed has resorted to a radical, uncharted spree of money printing. But the flood of liquidity, instead of spurring banks to lend and corporations to spend, has stayed trapped in the canyons of Wall Street, where it is inflating yet another unsustainable bubble. When it bursts, there will be no new round of bailouts like the ones the banks got in 2008. Instead, America will descend into an era of zero-sum austerity and virulent political conflict, extinguishing even today’s feeble remnants of economic growth.”

“I’m not Catholic, but I’m very interested in monastic life, particularly how throughout history they’ve made just enough of a product to support themselves. It goes against the definition of what American culture defines as success: growth. What is enough is the most interesting question to me. I think about it every day.”

“Traditional apologetics has started with metaphysical arguments for God’s existence, then argued from the action of God in the world to the truth of the Church’s teachings as revealed by God and finally justified the ethics of love by appealing to these teachings. I reverse this order, putting first the ethics of love as a teaching that directly captivates our moral sensibility, then taking the history and metaphysics as helpful elucidations of the ethics.”

“Few of the most creative societies of the ancient world were free.”

12. A Simple Way to Send Poor Kids to Top Colleges

“Basic information can substantially increase the number of low-income students who apply to, attend and graduate from top colleges.”

“All of these endeavors in citizen science may also be steps toward what William H. Schlesinger, president of the Cary Institute of Ecosystem Studies, calls ‘translational ecology,’ a response to the need for ecologists to find ways to deliver their information to the public and to policy makers, and to familiarize ordinary citizens with scientific research, so they can better grasp its implications and imperatives.”

“In simplest terms, the state has been de-emphasizing higher education spending for decades while shifting more money to other areas, most notably corrections. The net result is that despite growing demand, spending on higher education over the last decade has declined by 9 percent while expenditures for corrections and rehabilitation have shot up by more than a quarter.”

“My generation had it easy. We got to ‘find’ a job. But, more than ever, our kids will have to ‘invent’ a job.”

“It is not simply that the labor of enslaved people underwrote 19th-century capitalism. Enslaved people were the capital: four million people worth at least $3 billion in 1860, which was more than all the capital invested in railroads and factories in the United States combined. Seen in this light, the conventional distinction between slavery and capitalism fades into meaninglessness.”

18. Machines of Laughter and Forgetting

“Pick any electrical appliance in your kitchen. The odds are that you have no idea how much electricity it consumes, let alone how it compares to other appliances and households. This ignorance is neither natural nor inevitable; it stems from a conscious decision by the designer of that kitchen appliance to free up your ‘cognitive resources’ so that you can unleash your inner Oscar Wilde on “contemplating” other things.”

“There are ideas espoused in the movie that I know to be total balderdash.”

20. The Emily Posts of the Digital Age

“Are manners dead? Cellphones, Twitter and Facebook may be killing off the old civilities and good graces, but a new generation of etiquette gurus, good-manner bloggers and self-appointed YouTube arbiters is rising to make old-fashioned protocols relevant to a new generation.”

“Mr. Rhys said Mr. Weisberg spent an afternoon explaining, among other things, how to hide behind buildings when trying to evade capture. They ventured onto the streets of Brooklyn, where Mr. Weisberg taught Mr. Rhys how to determine if he was being followed. One technique: cross a street, which allows a look around without suspicion. ‘You can look two or three times if you know how to do it well,’ Mr. Rhys said.”

“He is clearly also an infuriating colleague, capable of spending 12-hour days in the reading room of the British Museum but stewing on book projects for years, only to fail to deliver. Engels, Sperber writes, spent decades repeating the same message: Get the work done!”

23. Mother of the Movement

“Parks was not an apolitical, middle-aged lady whose fatigue kept her seated. Both shy and militant, she was a committed activist enmeshed in racial politics — and their class and gender complications — wherever she lived.”

24. Do Millennials Stand a Chance in the Real World?

“In a Pew Research Center survey in which different generations were asked what made them unique, baby boomers responded with qualities like ‘work ethic’; millennials offered ‘clothes.’”

25. Is Giving the Secret to Getting Ahead?

“The greatest untapped source of motivation, he argues, is a sense of service to others; focusing on the contribution of our work to other peoples’ lives has the potential to make us more productive than thinking about helping ourselves.”

26. That Other School Shooting

“Two of the six bloodiest school shootings in American history were carried out by Korean gunmen.”