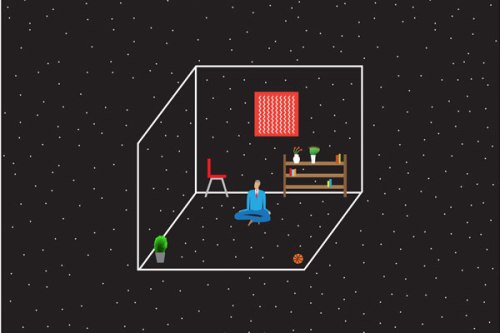 “I live in a 420-square-foot studio. I sleep in a bed that folds down from the wall. I have six dress shirts. I have 10 shallow bowls that I use for salads and main dishes. When people come over for dinner, I pull out my extendable dining room table. I don’t have a single CD or DVD and I have 10 percent of the books I once did.”

2. How a U.S. Citizen Came to Be in America’s Cross Hairs

“If the president can order the assassination of Americans overseas, based on secret intelligence, what are the limits to his power?”

“For many of us in the upper deck, the $2.75 sandwich was a bigger expenditure than the ticket price had been.”

4. The Price of Marriage in China

“China’s transition to a market economy has swept away many restrictions in people’s lives. But of all the new freedoms the Chinese enjoy today — making money, owning a house, choosing a career — there is one that has become an unexpected burden: seeking a spouse.”

“The U.S. has clearly jumped onto the visual mobile communication bandwagon.”

6. Insomnia and the Poet

“For me, there is nothing as inimitably private and attuned as nocturnal writing.”

7. Suicide, With No Warning

“Studies show that once a convenient lethal method is removed, many do not seek other options.”

8. In the South and West, a Tax on Being Poor

“Tax policy is particularly regressive in the South and West, and more progressive in the Northeast and Midwest. When it comes to state and local taxation, we are not one nation under God.”

9. The Liberals Against Affirmative Action

“Racial discrimination obviously continues to exist. But the disadvantages of class, by most measures, are larger today. A class-based system would be more expensive, forcing colleges to devote some money now spent on buildings and other items to financial aid instead, but it would also arguably be more meritocratic.”

10. Student Debt and the Economy

11. Keep Calm and Carry On… Buying

12. The Singer Who Fell to Earth

“You can reinvent yourself over and over, but Death, the Great Uninventor, will catch up. The naked torment of that apprehension has fueled Mr. Bowie’s twilight masterpiece.”

“Her point, in a nutshell, is that notwithstanding the many gender biases that still operate all over the workplace, excuses and justifications won’t get women anywhere. Instead, believe in yourself, give it your all, ‘lean in’ and ‘don’t leave before you leave’ — which is to say, don’t doubt your ability to combine work and family and thus edge yourself out of plum assignments before you even have a baby. Leaning in can promote a virtuous circle: you assume you can juggle work and family, you step forward, you succeed professionally, and then you’re in a better position to ask for what you need and to make changes that could benefit others.”

14. Marilynne Robinson: By the Book

“Reference books in the dining room, older books needing and deserving protection in bookcases in the living room, theology and philosophy on shelves in the bedroom, classical and ancient Near Eastern literature in the study, modern history and Americana in the room that has only bookshelves in it, unclassifiable books in stacks on the stairs.”

“Intellectual history is a relay race, not a 100-yard dash.”

“Romance movies may demand chemistry, but movies about marriage demand something more difficult to create — a sense that a couple are simpatico, that however much they may bicker and snipe, their deep understanding and feeling for each other will ultimately keep them together.”

“The extremophiles represent alternative, carbon-based life paths that diverged from the rest of existence more than three billion years ago. Some biologists believe that these microbes resemble our common ancestor, because they were adapted to an early Earth very different from the gentle Gaia we have today. They lurk in inhospitable corners and are tough enough to survive space travel, which leads to thoughts of life on Earth being seeded from elsewhere. Perhaps extremophiles are more than just strange anomalies.”

18. One Hundred Seconds of Solitude

“How to manufacture the kind of truly blank, mind-clearing, inspiration-inducing procrastination that existed before the advent of the Internet?”

19. How Economics Can Help You Lose Weight

“The idea dated back to the ancient Greek philosopher and soldier Xenophon, whose writings guided Alexander the Great in his conquests. Xenophon argued that a general can strengthen his army’s position, perhaps counterintuitively, by doing battle next to a dangerous cliff. His soldiers, after all, would only have two choices: fight or die. The army farther from the cliff had a third option: to flee. This extra option, he said, made it less likely to persevere.”

“Nadeau and others, however, were having success with a trial of a treatment known as oral immunotherapy that could desensitize children with severe peanut allergies. The treatment re-educated the hyperactive immune systems of allergy patients by giving them minute doses of peanut every day, gradually escalating the amount over the course of several years. Eventually patients build up their tolerance for the food, and it is no longer dangerous.”

21. The Professor, the Bikini Model and the Suitcase Full of Trouble

“A brilliant man of science gets into trouble as soon as he tries to navigate the real world.”

22. The Rise of the Well-Dressed Man

“The last person anyone wants to dress like these days is Tim Allen.”

“A woman is not a man’s other half: she might be a whole in herself, made from what matters to her and is suited to her specialness. But a man’s other half is his best friend and his vital spark. The connection is more elemental than intellectual, a rare connection, a sort of existential empathy.”