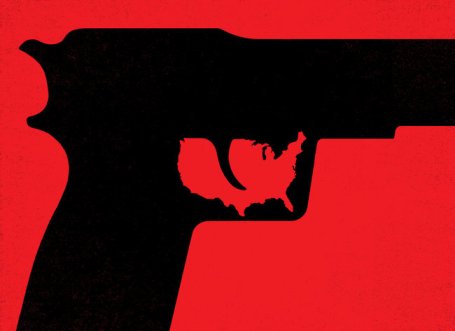 1. Do We Have the Courage to Stop This?

“Why can’t we regulate guns as seriously as we do cars?”

2. The Loss of the Innocents

“The cross looms behind the stable — the shadow of violence, agony and death.”

3. This Is Your Life, as Recalled by an App

“Timehop and its peers are byproducts of a time of information overload. Many of us can barely keep up with the nearly nonstop stream of news, updates and details about the world around us, let alone find time to put the past into the context of the present.”

4. Making Us Safer, One iPad at a Time

“Give every police officer an iPad.”

“While striding forward, we turn ever so slightly to the side, pulling in our bellies and leading with the shoulder instead of the nose. This lets us barely brush against passing pedestrians, our hands to our torsos and faces turned away politely.”

6. The Power of Concentration

“Though the concept originates in ancient Buddhist, Hindu and Chinese traditions, when it comes to experimental psychology, mindfulness is less about spirituality and more about concentration: the ability to quiet your mind, focus your attention on the present, and dismiss any distractions that come your way.”

7. The Total Agony of Family Time

“There are, I imagine, legions of people for whom the holidays are bliss. Gracious sons and daughters, proud grandparents, unwounded mothers and aunts and cousins. Selfishly and bitterly, and no doubt wrongly, I believe there are two elements common to such people: there are Christmas trees in their homes, and no one in their families is a practicing psychotherapist.”

8. The Anxiety of Group Survival

“Our sense of self is based partly on the groups we belong to; so if one dies, a portion of the self dies with it.”

9. Learning to Let Go: First, Turn Off the Phone

“You are now entering a technology and device free zone. Please refrain from using your cellphone inside this space. The use of WMDs (wireless mobile devices) is not permitted.”

10. Some Tutors Are Shouldering a Wider Load

“In households where money is not an issue, the tutor’s role is expanding beyond academics to counselor, mentor and personal cheerleader, as well as liaison among students, parents and schools.”

“Facebook, that repository of the mundane (mealtime updates, party reminders and job changes) that people have long used to show the positive sides of their lives, is increasingly also a place they go to break difficult news.”

12. A Critic’s Tour of Literary Manhattan

“I wanted to see if there is still, for a certain kind of bibliophilic seeker, as Simone de Beauvoir put it, ‘something in the New York air that makes sleep useless.’”

“One last uncanny parallel is the centrality to both narratives of the Midwest, an area with its own distinct character and peculiarities. Lingeman, an editor at The Nation and the author of biographies of Sinclair Lewis and Theodore Dreiser, was born in Indiana and is a veteran of the Korean War. He has a natural sympathy for farm and small-town boys caught up in the horrors of battle. And Lyle grew up in Nebraska, where he plied his trade in the raunchier alleyways of show business.”

“The story of the movies, then, is a tale of transformation from a technology operating as a canvas to a canvas that’s become technology. The early revelation of the cinema was how much of the world it could absorb — how much of the moment, and of the creators’ experiences, could be caught between the camera’s whirring gears. Today, movies aren’t so much caught as assembled to serve a specific function in the marketplace.”

“Our lives are mediated through technology. Our devices and gadgets hold an illimitable dominion over us. Technology has become so entwined with our lives there is a term, nomophobia, for the fear of losing or being separated from one’s phone. And then there are books, an enduring technology. Despite regular lamentations about its demise, the book perseveres.”

“Writing should be accessible in as many formats as possible — George Bernard Shaw called books the memory of the race. No one sort of book should be allowed to disappear, for we are all individuals, with highly individualized needs and preferences — preferences embedded in our brains at every level, our individual neural patterns and networks creating a deeply personal engagement between author and reader.”

“Beers’s particular genius is realizing that the sphere of aspirational television could be enlarged beyond the mainstays of wealth, talent, youth and celebrity. That Americans wanted to step into not only the lives they might never live but also the lives they walked away from generations ago.”

18. Why I Keep the Dearly Departed in My Address Book

“Heading into my golden years, I have one bad knee, two good daughters and 836 names in my iPhone address book. Of the latter, 246 are people I have not seen or spoken to in at least 10 years. Thirty-nine are a total mystery to me — I have no idea who they are. Seventeen are dead.”