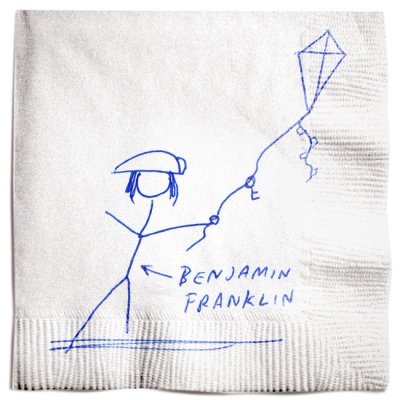 “Amateurism emerges when ‘the culture around you won’t let you out of where you are or into where you want to go.’”

2. A Part-Time Life, as Hours Shrink and Shift

“Technology is speeding this transformation. In the past, part-timers might work the same schedule of four- or five-hour shifts every week. But workers’ schedules have become far less predictable and stable. Many retailers now use sophisticated software that tracks the flow of customers, allowing managers to assign just enough employees to handle the anticipated demand.”

3. A Village Rape Shatters a Family, and India’s Traditional Silence

“One Dalit teenager in Haryana committed suicide, setting herself afire, after being gang-raped.”

“So many birds hit the glass towers of Canada’s most populous city that volunteers scour the ground of the financial district for them in the predawn darkness each morning. They carry paper bags and butterfly nets to rescue injured birds from the impending stampede of pedestrian feet or, all too often, to pick up the bodies of dead ones.”

5. Tracking Voters’ Clicks Online to Try to Sway Them

“Ever since I went to the Romney site, they’ve been following me.”

6. Piecework and the Horror of the Jets

“People always ask, How do you write so many books? And I say, I work a lot. I work six or seven days a week. I tell people it’s like factory work, I do piecework. I do my books like poundage. I just love it.”

7. Welcome to America. Take a Number.

“Europe’s bureaucratic nightmares have nothing on America’s.”

“Serious scientists … appear poised to actively tamper with the complex and unpredictable natural systems that sustain life on earth — with huge potential for unintended consequences.”

10. The Dead Have Something to Tell You

“The erasure of death also allows us to imagine that our mortal trivialities and anxieties are permanent, while a consistent awareness of death — for those who can stomach it — can help us live in the here and now, and teach us to treasure what we already have.”

11. Will Snakes Inherit the Earth?

“We wantonly shuffle life-forms which, charmed by the climate and organisms at their new locale, take hold, sometimes fiercely.”

“Carson’s life shows that individual agency, fueled by resolution and hard work, has the power to change the world.”

“Through private schools, gated communities, personal aircraft and other adaptations, the wealthy have been insulated from many costs of a decaying public sphere. But ill effects remain. Declining quality of public schools, for example, makes it harder for businesses to recruit productive workers, and a shrinking middle class makes it harder to sell their products in volume.”

“Texting and instant messaging make it easier to navigate our social lives, but they are also turning us into ill-mannered flakes. Not long ago, the only way to break a social engagement, outside of blowing off someone completely, was to do it in person or on the phone. An effusive apology was expected, or at least the appearance of contrition. But now, when our fingers tap our way out of social obligations, the barriers to canceling have been lowered. Not feeling up for going out? Have better plans? Just type a note on the fly (“Sorry can’t make it tonight”) and hit send.”

15. A Web of Answers and Questions

“Googling is an attempt to recreate a primeval, preindustrial pattern of interaction.”

16. Can’t Guys Just Learn to Fight for a Friendship?

“Historically, there were few mechanisms besides trade and wife-swapping to repair rifts between men. So after conflict, men split up. This is because the highest premium is placed on a man’s sovereignty, and his ability to be aggressive. Men must be strong to be accepted by society, an expectation that runs counter to the need to get along.”

“He believes that the forest makes the trees, not the other way around, and that’s why he will be remembered as a formidable replicator of times and places rather than a great creator of characters.”

“Letters to friends and family and colleagues are crafted artifacts, for sure, riddled with evasions and dissembling. But unlike a memoir, they aren’t written in retrospect for a mass of strangers, with self-protection and posterity in mind. And unlike a biography, the subject’s own voice — in this case a familiar, funny, cranky, acute voice — is chronicling his life in real time. The reader, discovering motifs and emergent themes, becomes a kind of biographical collaborator.”

“Human beings are frail. None of us always act the way we wish we would act.”

“At SeaWorld San Diego, he proffered his fist to a walrus named Obie for an interspecies bump. (The walrus used its snout.)”

21. The Island Where People Forget to Die

“Have you noticed that no one wears a watch here? No clock is working correctly. When you invite someone to lunch, they might come at 10 a.m. or 6 p.m. We simply don’t care about the clock here.”

22. The Family That Cobras Together

“Along with being good at singing and yoga, the Killicks are also excellent whistlers.”