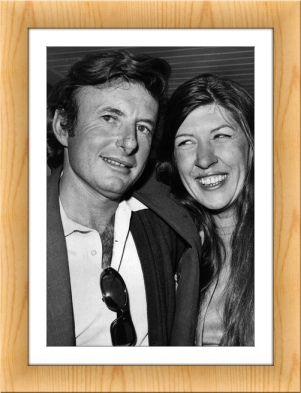 “At 9, he settled a dispute with a pistol. At 13, he lit out for the Amazon jungle. At 20, he attempted suicide-by-jaguar. Afterward he was apprenticed to a pirate. To please his mother, who did not take kindly to his being a pirate, he briefly managed a mink farm, one of the few truly dull entries on his otherwise crackling résumé, which lately included a career as a professional gambler. Mr. Fairfax was among the last avatars of a centuries-old figure: the lone-wolf explorer, whose exploits are conceived to satisfy few but himself. His was a solitary, contemplative art that has been all but lost amid the contrived derring-do of adventure-based reality television.”

“NASA is taking it very seriously.”

“Jeremy Lin has transformed the Knicks’ offense by executing many fundamental elements of a traditional point guard.”

4. “The Art of Distraction”

“It is the attempted standardization of a human being and of a notion of achievement that is limiting, prescriptive and bullying.”

“It may seem heartless to worship efficiency at any cost, including lost jobs and decimated communities, but it is important to understand that increased efficiency is the only way a society’s standard of living will improve.”

“In any culture, the development of self-control is crucial. This ability, which depends on the prefrontal cortex, provides the basis for mental flexibility, social skills and discipline. It predicts success in education, career and marriage. Indeed, childhood self-control is twice as important as intelligence in predicting academic achievement. Conversely, poor self-control in elementary school increases the risk of adult financial difficulties, criminal behavior, single parenthood and drug dependence.”

“How can such a mild-mannered, nice woman have such a wicked imagination that keeps inventing these fantastical characters over and over again?”

“For some strange reason, there is this desire, or need, or maybe some sort of competitiveness, that drives me to want to be one of the first people to post about a major event, or to say something new about it.”

“I finally found the literature that stands up to the tests of travel. The secret, dear reader, lies in narrative drive. Plain, old-fashioned, unrelenting, compelling storytelling. You’ve got to reach for the best-seller shelves.”

10. “Can a Papermaker Help to Save Civilization?”

“Barrett, who is 61, has dedicated his life to unlocking the mysteries of paper, which he regards as both the elemental stuff of civilization and an endangered species in digital culture.”

11. “How Companies Learn Your Secrets”

“There is a calculus, it turns out, for mastering our subconscious urges. For companies like Target, the exhaustive rendering of our conscious and unconscious patterns into data sets and algorithms has revolutionized what they know about us and, therefore, how precisely they can sell.”

12. “The Upside-Down Appeal of ‘Downton Abbey’”

“It’s a Hegelian fable in which master and servant recognize their mutual dependence and give in to it, realizing that in the grand scheme they are equal.”

“Sitting in her producer’s Chelsea studio in jeans and an oversize sweater, smoking Pall Mall Blues that share space – in a beat-up snakeskin bag – with an old Tennessee Williams paperback, Lana Del Rey tries to shrug off the suggestion that her father bought her success, that her face went under the knife, that she is some sort of industry creation, all accusations floating around the Internet. It’s absurd or maybe flattering, but despite her laugh and smile, it hurts.”