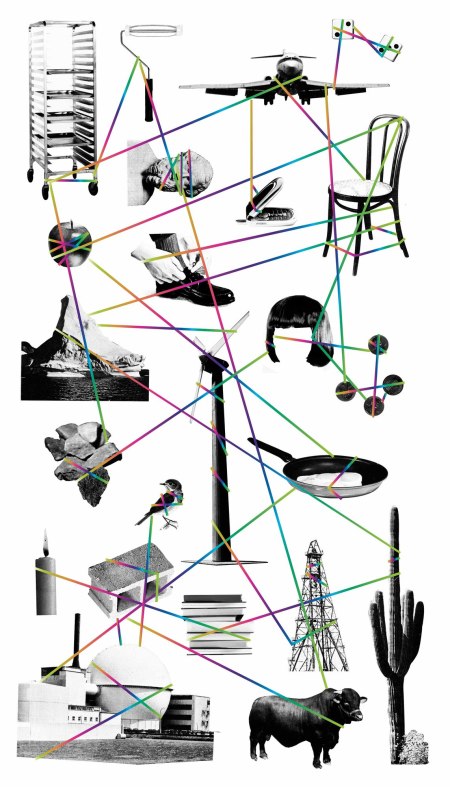 1. “The Internet Gets Physical”

“The concept has been around for years, sometimes called the Internet of Things or the Industrial Internet. Yet it takes time for the economics and engineering to catch up with the predictions. And that moment is upon us.”

“In Afghanistan, Cpl. Clayton Rhoden earned about $2,500 a month jumping into helicopters to chase down improvised explosive devices or check out suspected bomb factories. Now he lives with his parents, sells his blood plasma for $80 a week.”

3. “Rules to Stop Pupil and Teacher From Getting Too Social Online”

“Some teachers have set poor examples by posting lurid comments or photographs involving sex or alcohol on social media sites. Some have had inappropriate contact with students that blur the teacher-student boundary. In extreme cases, teachers and coaches have been jailed on sexual abuse and assault charges after having relationships with students that, law enforcement officials say, began with electronic communication.”

4. “Reframing the Debate Over Using Phones Behind the Wheel”

“The United States churns out roughly 45,000 lawyers a year, but survey after survey finds enormous unmet need for legal services, particularly in low- and middle-income communities.”

6. “Making Science Leap From the Page”

“The pages have some pizazz: they are replete with punchy, interactive electronic features — from dynamic illustrations to short quizzes meant to involve students rather than letting them plod, glassy-eyed, from one section to the next. Audio and video clips are woven into the text.”

“Do we really want to feed a business culture that increasingly elevates cocksure confidence and pushiness above all else, especially if it filters into everyday life?”

“Learning about the shortcomings as well as the successes of free markets is at the heart of any good economics education, and students — especially those who are not destined to major in the field — deserve to hear both sides of the story.”

“The crucial but impossible-to-quantify factor of stardust was not included in the equation.”

“He favors Tom Ford suits and Dior jeans, though he lamented to this reporter that the pair he was wearing was too snug. And in 2005, Mr. Parker said he was booked in North Carolina on suspicion of cocaine possession when he was president of Facebook (no cocaine was found on him and he was never charged). But Mr. Parker is also a self-educated polymath who decided as a teenager to liberate himself from what he called ‘the shackles of conventionality’ and found himself at the forefront of two of technology’s most important trends: the digital distribution of entertainment, and social media.”

“Social networking has robbed us of our nostalgia.”

12. “Old-Fashioned Glories in a Netflix Age”

“It is also an argument for cinema, for cinema as a constituent part of modern life, which means it’s also a way of telling the truth.”

13. “Riding Off Into Civilization’s Sunset”

“This eschatological mood seems the natural outgrowth of the ‘we’re all connected’ school of movies like Crash and Babel several years ago that anticipated the hyperconnectivity of the new social media. But it is one short step from ‘we’re all connected’ to Tom Lehrer’s grimly jolly fantasy of nuclear annihilation.”

14. “Peace While Traveling? Not Impossible.”

“The uniqueness of this story lie deeper themes that Rhodes touches upon: the gender biases against beautiful and intelligent women, the delicate interpersonal politics of scientific collaboration and, perhaps most important of all, the never-ending, implacable conflict between art and Mammon in American culture.”

“Researchers at Harvard and Duke have found that creative thinkers are more likely to take unethical shortcuts for gain, possibly because their talents make them better at rationalizing bad behavior.”

“I still get death threats about it from Beatles fans.”

18. “Four Minutes With The Girl With the Dragon Tattoo”

“‘The human brain wants to put things together; it wants to create a narrative.’ Their job is to facilitate that desire.”