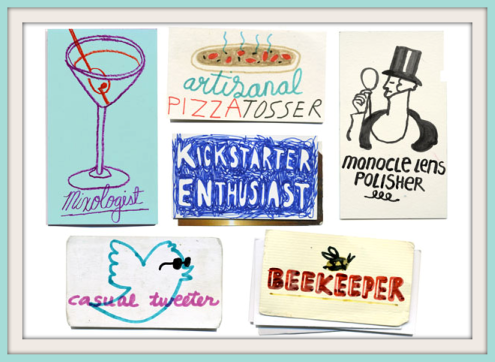 “Today’s ideal social form is not the commune or the movement or even the individual creator as such; it’s the small business. Every artistic or moral aspiration — music, food, good works, what have you — is expressed in those terms.”

“The downturn in the real estate market has presented an unusual housing opportunity for thousands of college students. Facing a shortage of dorm space, they are moving into hundreds of luxurious homes in overbuilt planned communities.”

3. “The Director of Sideways Sees His Life Go Forward”

“Mr. Payne comes across as meticulous. Proper. Patrician, even. His face and fingers are long and tapered; his frame is tall and, thanks to regular yoga, taut. ‘Shall’ pops up in his speech, as do unexpected, unusual words and allusions. With a new acquaintance he’s not loose or loquacious but rather dutifully courteous: Would you like a car tour of Omaha? A restaurant recommendation for dinner? Have you read the Delta in-flight magazine? You should, because there’s an Omaha article with useful information.”

4. “Music, Not Movies, But Still Exploring Places of Darkness”

“I love smoking, I love fire, I miss lighting cigarettes. I like the whole thing about it, to me it turns into the artist’s life, and now people like Bloomberg have made animals out of smokers, and they think that if they stop smoking everyone will live forever.”

“They developed a strategy combining moral philosophy and public shaming. Once they took aim at a company, they bought the minimum number of shares that would allow them to submit resolutions at that company’s annual shareholder meeting.”

6. “Whatever Happened to Discipline and Hard Work?”

“The United States has always had a culture with a high regard for those able to rise from poverty to riches. It has had a strong work ethic and entrepreneurial spirit and has attracted ambitious immigrants, many of whom were drawn here by the possibility of acquiring wealth. Furthermore, the best approach for fighting poverty is often precisely not to make fighting poverty the highest priority. Instead, it’s better to stress achievement and the pursuit of excellence, like a hero from an Ayn Rand novel. These are still at least the ideals of many conservatives and libertarians.”

7. “Love, Lies and What They Learned”

“How and why do people fall in love?”

9. “In Favor of Dirty Jokes and Risqué Remarks”

“Codes of sexual harassment imagine an entirely symmetrical universe, where people are never outrageous, rude, awkward, excessive or confused, where sexual interest is always absent or reciprocated, in other words a universe that does not entirely resemble our own.”

10. “Will This Election Be the Mormon Breakthrough?”

“What I call the American Religion, and by that I mean nearly all religions in this country, socially manifests itself as the Emancipation of Selfishness.”

“To expose a bookshelf is to compose a self.”

“It’s exhilarating for a man to be shot at unsuccessfully.”

13. “My Parents Were Home-Schooling Anarchists”

14. “Confessions of a Tweeter”

“Instead of tweeting to reflect on my life, tweeting had become my life.”