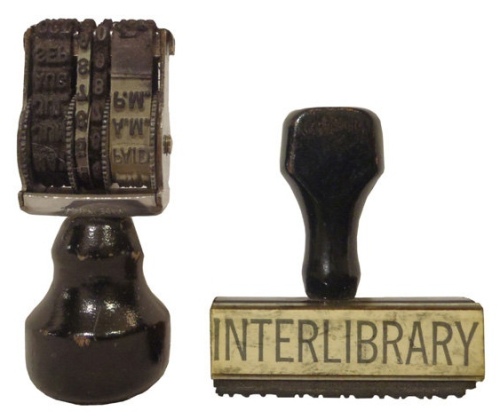 “On this page are images of a few items that I have pulled from the trash cans of various libraries. I have chosen these items not only because I am already a little nostalgic for them, but also because I know that their passing marks an important shift in the role and functions of the library.”

“The technology locks you in and they’re keenly aware of it.”

“From the big walls of Yosemite to the peaks of the Alps, climbers are setting speed records as techniques develop and gear becomes lighter or is left behind in favor of a minimalist approach that leaves little margin for error. Many quick athletes say they are doing what climbers have always done — striving to reach the summit a bit faster or with purer style. But as stopwatches become as important as carabiners, others say focusing on speed runs counter to the ethos of climbing.”

4. “Chris Martin of Coldplay Asks: What Would Bruce Do?”

“‘I’m sorry I’m late,’ he blurted, wearing a slightly stained ‘Don’t Mess With Texas’ T-shirt and loudly colored sneakers, though he had no sunglasses, hat or any other means of celebrity disguise. But Mr. Martin was actually five minutes early.”

“When a man is driving in a car and looks out the window and notices a woman with a great body, as he strains to check her face out, how does she know to keep turning so the back of her head is always toward him?”

6. “Mad About Her: Pauline Kael, Loved and Loathed”

“If she still casts a shadow it’s less because of her ideas, pugilistic writing style, ethical lapses and cruelties (and not merely in her reviews), and more because she was writing at a time when movies, their critics and, by extension, the mainstream media had a greater hold on American culture than they do now.”

7. “Of Parties, Prose and Football”

“Literature is one of the few things Mississippi can be proud of.”

“If the first wave was an overexuberant expression of wealth, the next is of ostentatious restraint.”

9. “Is Race Reflected by Your Outfit?”

“The question was whether people wearing janitor attire would more likely be viewed as black. The answer: Yes.”

“‘I never leave the house with less than eight inches on my feet,’ he said cheerfully.”

11. “Going With Your Gut First, Then Your Heart”

“Most commercial architecture is under-detailed, under-edited and under-budgeted. It’s gross and ugly, and most of it is an eyesore on the American landscape.”

“The role of defaults in steering decisions is by no means confined to the online world. For behavioral economists, psychologists and marketers, defaults are part of a rich field of study that explores ‘decision architecture’ — how a choice is presented or framed.”

“There’s nothing like a little ‘I’ll show ’em’ to incite ambition.”

“Like many authors who embrace new ideas rather than build on what has come before, Davidson sets out to destroy the old beliefs, as if burning down a forest in order to plant new crops.”

16. “Do Androids Dream of Electric Authors?”

“I think we can all agree that it’s O.K. for robots to take over unpleasant jobs — like cleaning up nuclear waste. But how could we have allowed them to commandeer one of the most gratifying occupations, that of author?”

“During my grad school years, I took a seminar on Derrida to which Derrida himself paid a surprise visit, modestly answering our questions with none of the drama I had imagined reading his written words on the page. He seemed, amazingly, to be saying something, rather than just saying something about the impossibility of saying anything. In one cringe-inducing moment, a peer of mine asked a rambling, self-referential question that began by putting ‘under erasure’ the very nature of an answer. I remember breaking into a broad smile when Derrida responded, after a long pause, ‘I am sorry, but I do not understand the question.’ It seemed like the end of an era: Derrida himself was asking for more clarity.”

“Facebook thinks it needs access to kids’ lives in order to continue to dominate its industry. The younger the child, the greater the opportunity to build brand loyalty that might transcend the next social-media trend. And crucially, signing up kids early can accustom them to ‘sharing’ with the big audiences that are at their small fingertips.”

19. “The Curious Case of Ryan Gosling”

“With the possible exception of James Franco, no actor of Gosling’s generation is better at self-awarely puncturing his own mythos in a way that somehow enhances that mythos — at existing inside the pop-entertainment sphere and remaining fully conscious of its paradoxes.”

“I’m a tech geek. Whenever I read about something new, I think to myself, How can I take this and make it black?”