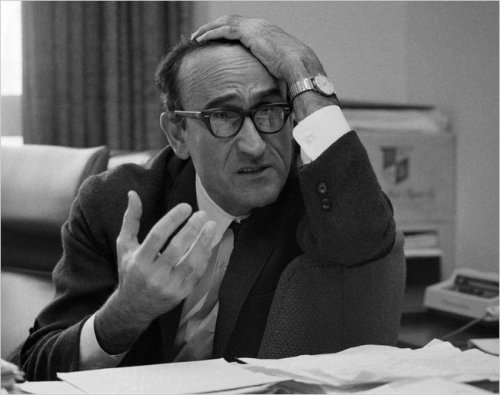 1. “A Champion of Plain English”

“If you can’t explain what you’re doing in plain English, you’re probably doing something wrong.”

“The final product, which opened in June inside Universal’s Islands of Adventure, is a town sprung from the pages of the books, crammed with shops, a post office, a restaurant, roller coasters and a castle that doubles as a high-tech romp through the Harry Potter series.”

“So if you were to try to compile a list of the 10 greatest composers in history, how would you go about it? For me the resulting list would not be the point. But the process of coming up with such a list might be clarifying and instructive, as well as exasperating and fun.”

6. “The Comic Who Explores Comedy’s Darkest Side”

“Comedians are temperamentally complicated — otherwise they probably wouldn’t be comedians.”

“Breaking with the boyish, gaminelike women (Janet Gaynor, Margaret Sullavan) and starchy society dames (Claudette Colbert, Kay Francis, Norma Shearer) who took over the studios after the Production Code tamed the likes of Mae West, Carole Lombard and Jean Harlow, Hayworth proposed a fresh take on American beauty. She was athletic and leggy, slim but curvaceous, presenting a healthy, wholesome sexuality miles removed from the speakeasies and penthouses where Harlow and West presided.”

“Men in the church are raised to be providers. We are the breadwinners, the stewards of the household. If you have all the things we’re supposed to provide, we have nothing to give you.”

9. “To Some Dancers, Black Swan is a Cautionary Tale”

“Black Swan has become something of a must-see movie for young ballerinas.”

“Job openings for lawyers have plunged, but law schools are not dialing back enrollment.”

“Take ownership of your education. Read what you need. Follow your curiosity. Even now, I budget nearly $1,000 a year for workshops, books and conferences.”

13. “A Makeover for the Starbucks Mermaid”

“Trademarks and logos are so integrally linked to our daily lives that any tinkering with the familiar is suspect — and to be avoided.”

“In between the puns, the aphorisms, the digressive language that seemed to chase itself and riddle the reader, McLuhan came up with a theory of media generation and consumption so plastic and fungible that it describes the current age without breaking a sweat.”

“From the beginning, it seems, headphones have been a technology of submission (to commands) and denial (of commotion).”

“The people in men’s studies, like those in women’s studies, take a mostly sociological perspective and believe that masculinity is essentially a cultural construct and that gender differences in general are fluid and variable. […] The male studies people, on the other had, are what their critics call ‘essentialists’ and believe that male behavior is in large part biologically determined. Men think and act differently from how women think and act because that’s how evolution shaped them. In the most extreme formulations of essentialism, men are basically still Neanderthals: violent, clannish, sexually voracious and in need of female domestication.”

“Bit-based personal effects are different. Survivors may not be aware of the deceased’s full digital hoard, or they may not have the passwords to access the caches they do know about. They may be uncertain to the point of inaction about how to approach the problem at all. Any given e-mail account, for instance, can include communication as trivial as an ‘I’m running late’ phone call or as thoughtful as a written letter — all jumbled together, by the hundreds or thousands. Similarly, let’s just say not all of us are discriminating curators in uploading pictures to Facebook, for instance, flinging more images from one weekend onto the Web than an earlier generation would have saved from a weeks-long vacation. When you inherit a physical scrapbook or even a diary, some choices have already been made — either by culling or by constraints of space — but accessing and then assessing the digital effects of a dead loved one entail a thicket of choices and challenges that many would simply rather avoid.”

“The intensity with which he dances occasionally makes his feet bleed.”