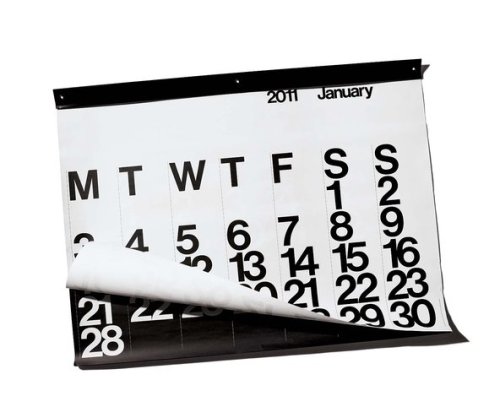 “The space outside the type is more important than the type itself.”

“If we don’t record Michael Jordan doing a slam dunk today, a hundred years from now, nobody will know how he moved.”

3. Letters to Answer, and Logs to Split

“There’s letters to answer and logs to split.”

“The models are bigger, curvier and silicone free. The settings evoke a wistful vision of middle-class America — a playground in Chicago, a swimming pool in Villanova, Pa. The resulting images look more like vacation snapshots than studio portraits.”

5. A Mad Man Among the People

“Vincent Kartheiser, the actor who plays the slick ad salesman Pete Campbell on Mad Men, is among the 10 percent of Angelenos who rely on public transportation.”

“At one point we have a writer in a room, struggling to approximate the impossible vision that hovers over his head. He finishes it, with misgivings. Some time later we have a translator struggling to approximate the vision, not to mention the particulars of language and voice, of the text that lies before him. He does the best he can, but is never satisfied. And then, finally, we have the reader. The reader is the least tortured of this trio, but the reader too may very well feel that he is missing something in the book, that through sheer ineptitude he is failing to be a proper vessel for the book’s overarching vision.”

7. Scholarly Work, Without All the Footnotes

“The problem here, I conclude, is not one of intellectual theft. It’s really a problem of journalism itself.”

“It’s more a dramatization of the act of reading itself — of what happens when you immerse yourself in a book.”

9. Drive and Determination of Zuckerberg and Gekko

“The resentment of elites is an axiom of political discourse and popular culture. So is the celebration of the self-made man, an outsider turned world-beater who rises to a position of titanic power and influence. And yet even though it is our habit to admire such people, our envy of them has a way, especially in movies and in older novels, of mutating, conveniently and reassuringly, into pity.”

10. In Secretariat, Dark Horse Is the Owner

“The thing I realized was that we were never going to make Secretariat an underdog. But Penny Chenery is the underdog. And that’s what I think makes it work.”

11. Side Effects May Include Lawsuits

“If all of that sounds a bit touchy-feely, well, it is.”

13. What Steve Jobs Learned in the Wilderness

“The Jobs of the mid-1980s probably never could have made Apple what it is today if he hadn’t embarked on a torment-filled business odyssey.”

14. The Wealth of an Intellect

“There he studied the classics, jurisprudence, logic and metaphysics; he also met the philosopher Frances Hutcheson and the mathematician Robert Simson. These experiences helped Smith cultivate a respect for placing philosophy on a scientific basis and a compelling interest in thinking systematically.”

“In a time when celebrity, scandal and the number of Web hits seem to determine what gets covered and what remains hidden, it is refreshing to encounter Talese’s quiet reportage on the likes of a boxing timekeeper, a blacksmith for horse shows and a dentist who makes mouthpieces for professional athletes.”

“What he ends up endorsing is something very like utilitarianism, a philosophical position that is now more than two centuries old, and that faces a battery of familiar problems.”

“There is something feminine about Beck — the soft features, the crying on the air, the reflexive vulnerability.”

“What is it about the presumptuous use of we that inspires so much outrage, facetious or otherwise?”

“Instead of spending money on square footage, why don’t we just spend money on a nicer floor?”

“Instead of ‘Alex Kuczynski,’ I wrote ‘Snooki’ with a heart over the i.”

“The orderly lives of others are laid bare by their toothbrushes.”