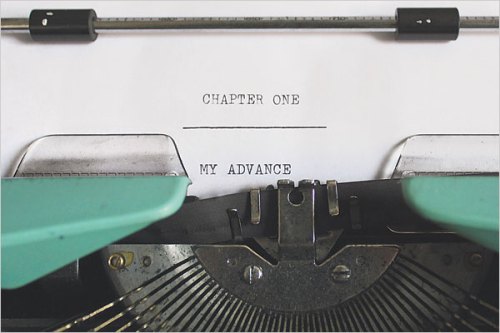 “‘It used to be that the first book earned a modest advance, then you would build an audience over time and break even on the third or fourth book,’ Morgan Entrekin, the publisher of Grove/Atlantic, said in an interview. ‘Now the first book is expected to land a huge advance and huge sales. The media only reports those, not the long path of writers like John Irving, Richard Ford, Anne Tyler and Toni Morrison. The notion of the “first book with flaws” is gone; now we see a novelist selling 9,000 hardcovers and 15,000 paperbacks, and they see themselves as a failure.’”

“Technology executives say that byzantine and increasingly restrictive visa and immigration rules have imperiled their ability to hire more of the world’s best engineers.”

3. “A New Chapter of Grief in Plath-Hughes Legacy”

“Mr. Hughes had told friends that if he was ever going to take his life, he had decided the best method was to hang himself in his workshop by his cabin. Ms. Hunter found him there, hanging by a thin nylon cord tied to an exposed ceiling beam.”

“Cultural critics with a broader frame of reference than Mr. O’Reilly’s can easily contextualize Mr. Lambert in a long line of performers who tantalize the public with their talent and equally with their gender ambiguities. Think of Liberace. Think of Prince or Bowie or Elton John or K. D. Lang or Pete Wentz.”

5. “If Only Literature Could Be a Cellphone-Free Zone”

“‘So I came to love silence, because it’s so rare, and it’s now my favorite aural condition.’”

“We tend to assume that the proliferation of digital media must be coarsening American speech and behavior. In fact, the opposite seems to be true. The threat posed by video parodists appears to have turned public figures watchful and cautious, like people who affect polite reserve in crowds for fear of being mocked or mugged. In the midst of so much digital chicanery, celebrity comportment may grow steadily more formal.”

8. “Keeping Up With Being Kept”

“Heterosexual relationships, including marriage, have long involved economic transactions, but Bailey points out that when men provided financial security, they traditionally did so in exchange for a woman’s sexual virtue (and potential to bear and rear children), not for sexual thrills. For that, they often turned to prostitutes and mistresses, involving a more frank money-for-sex exchange. It’s only in the last century that money has been traded — albeit indirectly — for sexual attention from “respectable” unmarried women.”