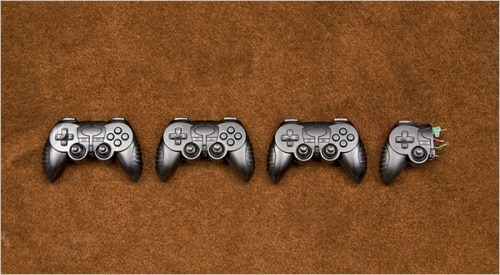 1. “The Burden of Interactivity”

“Reviewing new media is a headache. It can be humiliating. To jump in and post comments and make response videos requires a measure of enterprise and exhibitionism that critics rarely possess. Instead of skeptically inspecting a work of art or entertainment, only to pronounce on it from a carefully cultivated distance, you have to get mixed up in whatever you’re reviewing. There’s no way to maintain an ex cathedra advantage when you’re cavorting in a circus ring.”

“Writing in Slate, Ben Crair observed that ‘one way to measure the approach of the New Year is to count the Holocaust films at your local multiplex. The holidays arrive just as studios begin wooing academy members with serious dramas, and there’s nothing more serious than genocide.’”

3. “At McDonald’s, the Happiest Meal Is Hot Profits”

“It wasn’t too long ago that McDonald’s, vilified as making people fat, was written off as irrelevant. Now, six years into a rebound spawned by more appealing food and a less aggressive expansion, McDonald’s seems to have won over some of its most hardened skeptics.”

“The commander in chief’s sport of choice, whether it is swinging a golf club or riding a mountain bike or loping around a running track, goes a long way toward establishing the presidential image and identity.”

5. “Bringing Back a Dead Rapper, and the Tears”

“‘Some people couldn’t stomach it,’ he said. ‘Puff’ — Sean Combs, who owns Bad Boy Records, Biggie’s record label — ‘couldn’t stay around. He just couldn’t take it. But I felt like that’s my job. They were hurting, but I’m not here to hurt you, I’m here to give you what you want.’”

6. “From Serious PBS, a Survey of American Funny”

“Does Groucho Marx go in the episode about nerds, jerks and oddballs or the one about wiseguys? Where does one put Larry David of Seinfeld and Curb Your Enthusiasm?”

“With his taste for vintage baseball caps and omnipresence on Facebook and iTunes, Driscoll, who is 38, is on the cutting edge of American pop culture. Yet his message seems radically unfashionable, even un-American: you are not captain of your soul or master of your fate but a depraved worm whose hard work and good deeds will get you nowhere, because God marked you for heaven or condemned you to hell before the beginning of time. Yet a significant number of young people in Seattle — and nationwide — say this is exactly what they want to hear. Calvinism has somehow become cool, and just as startling, this generally bookish creed has fused with a macho ethos.”

“Though once vilified as fraud-infested crypto-eugenics, behavioral genetics has accumulated sophisticated methodologies and replicable findings, which can tell us how much we can ever expect to learn about ourselves from personal genomics.”