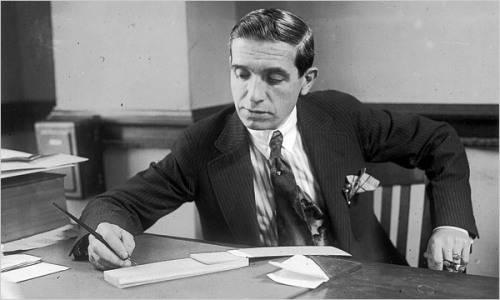 2. “The Year of the Simpler Gadget”

“Consumers found the simple devices, which don’t need instruction manuals to set up and use, more appealing.”

3. “A Generation With More Than Hand-Eye Coordination”

“What really makes Net Geners different, Mr. Tapscott says, is their lifelong experience in using the Internet. Their parents were a television generation that watched the tube an average of 22.4 hours a week. Net Geners watch TV only 17.4 hours a week on average, but they spend 8 to 33 hours on the Internet. Whereas TV is basically a one-way broadcast medium that requires only passive participation, the Internet is a collaborative medium that invites simultaneous participation from multiple users all over the world.”

“Audiences want to be lulled by romance or tickled by comedy, but they also have a hunger to see reality depicted. Above all there seems a universal appetite to see the rawness of the world given the shapely and soothing order conferred by familiar genres.”

“Fail: Largely used online, this is a verb turned into a mass noun, as in ‘A bucket of fail.’ Common forms include epic fail, meaning a huge overall tendency toward failure or a great example of failure, and FAIL! as an interjection or derogation. Often an antonym of win, seen online in forms like ‘Full of win!’ which means, ‘It’s good!’”

6. “The Flipper Challenges the Crawl”

“The crawl came to life on the morning of the Sept. 11, 2001, attacks as a way to report the crush of news, first on the Fox News Channel, and, 22 minutes later, on CNN. The information scroll has since become an amalgamation of wire service summaries, tabloid story updates and promotions for upcoming shows. It is a cousin of the stock market ticker that began scrolling across cable business news in the 1980s, and a child of the horizontal ‘zipper’ of news headlines that began lighting up the tower of the then-headquarters of The New York Times in 1928.”

7. “In the Big Picture, Big-Screen Hopes”

“I generally don’t see the proverbial glass half empty; I tend to see it drained to the last drop, chewed up and swallowed, jagged shard by shard. For a lot of people both in the movie world and in journalism, this has been the year of eating glass, which is even worse when you know those who have lost their jobs. Not long ago I went to a press screening expecting to be greeted by the publicist handling the film. She never showed because she had been told to stick around the office to wait for the official confirmation that her company had gone belly up. That news, by the way, was delivered by e-mail.”

8. “In the Face of Loss, Celebrating Ties That Bind”

“The interesting movie debates of 2008 were incited by the populist entertainments of summertime, Wall-E and The Dark Knight, contrasting allegories pitched at the anxieties of the moment. Curiously enough, the makers of Wall-E took it upon themselves to deny that the film was a parable of environmental devastation as well as a disarmingly sweet love story, while some who commented on The Dark Knight pushed the allegorical interpretation as far as it would go, reading the film as a cloaked apologia for — unless it was a veiled critique of — President Bush and his policies.”

“To be honest, I dislike writing by hand — the difficulty of finding the right surface, the wrist cramps that follow efforts to govern my unruly penmanship, the bird-track runes that result. And yet I am a confirmed stationery freak and particularly love sending Christmas cards, and here is why. One is not required to say much (in fact, the less you write the greater the chance the hen scratch will be legible). Unlike most mail that drops into a box these days, people are generally happy to open a Christmas card. And, no matter whether you are composing your cards — on a venerable mahogany desk or, more likely, at a cheap kitchen table — a lot of senses are engaged when writing on nice paper by hand.”

“There is something about the caffeine quotient of two medium Diet Cokes. Full disclosure: over the years the sizes have changed; at my most addicted I could down two supersize Diet Cokes at 7 a.m. The first cool sip, December be damned, clears the fog from my brain after a sleepless night with the baby. I don’t get the same buzz from soda in a can. Perhaps it’s the visual jolt of the red and yellow cup.”

“I am very happy with 12-year-old Macallan. Also with Lagavulin, or Laphroaig, or Dalwhinnie. Between Glenlivet and nothing, I’ll take Glenlivet. A while ago my friend Scott came down from Maine with something called Caol Ila that he picked up at the New Hampshire state liquor store. The tall, slim-shouldered bottle was lovely to behold and the name was agreeably preslurred, more pleasant to pronounce with each glass. It didn’t last long.”

12. “Still Crazy After All These Years”

“Is the enormous growth of the field over the last century simply a case of supply surging to meet demand, or does the volume of neurosis fluctuate over the years? Are anxiety and alienation always symptoms to be treated, or are they sometimes appropriate — even healthy — responses to the vicissitudes of late modernity? Is psychotherapy an art or a science, a subcategory of humanism or of biology?”

“On an average day at The Sartorialist you might catch two students, she with a pink bow at her neck and he in a shrunken flannel shirt, loitering not far from a humorous-looking bearded man in a military-band jacket, who himself preens not far from a row of sophisticated winter women in dark stockings, heels, furs and vividly colored August-weight dresses.”

“‘In my mid-20s, an actor told me, “Acting ain’t no puzzle,”’ Hoffman said, after returning to his seat. ‘I thought: “Ain’t no puzzle?!?” You must be bad!’ He laughed. ‘You must be really bad, because it is a puzzle. Creating anything is hard. It’s a cliché thing to say, but every time you start a job, you just don’t know anything. I mean, I can break something down, but ultimately I don’t know anything when I start work on a new movie. You start stabbing out, and you make a mistake, and it’s not right, and then you try again and again. The key is you have to commit. And that’s hard because you have to find what it is you are committing to.’”