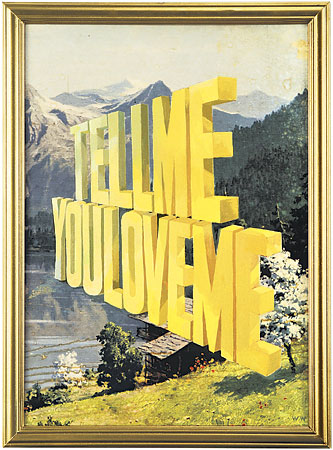 “Governor Palin comes from a place in the West that embodies deep-seated ideas and myths and contradictions about the role of the frontier in the American psyche. In some sense, Ms. Palin has become a metaphor for Alaska itself, and as grand a landscape as Alaska is, the current discussion is less about a geographical location than about a state of mind, or states of mind.”

“The really scary part of the Palin interview was how much she seemed like W. in 2000, and not just the way she pronounced nu-cue-lar. She had the same flimsy but tenacious adeptness at saying nothing, the same generalities and platitudes, the same restrained resentment at being pressed to be specific, as though specific is the province of silly eggheads, not people who clear brush at the ranch or shoot moose on the tundra.”

“Why would Republicans, the party of business, want to focus our country on breathing life into a 19th-century technology — fossil fuels — rather than giving birth to a 21st-century technology — renewable energy? As I have argued before, it reminds me of someone who, on the eve of the I.T. revolution — on the eve of PCs and the Internet — is pounding the table for America to make more I.B.M. typewriters and carbon paper. ‘Typewriters, baby, typewriters.’”

“Aiming to offset increased ingredient and transportation costs, some of the nation’s food manufacturers are reducing the size of packages. The price, of course, usually stays the same.”

“Maybe the signature shot of Lean’s career is the long, long take of Sherif Ali (Omar Sharif) approaching across the sands in Lawrence of Arabia (1962), an indistinct, heat-shimmery figure gradually coming into focus in the blinding desert sun. That spectacular shot is, in a way, this filmmaker’s career in miniature, progressing slowly, waveringly, from very small to very large, and demanding our attention at every stage.”

“Back in 1967, the best-selling book Coffee, Tea or Me? (subtitled The Uninhibited Memoirs of Two Airline Stewardesses) portrayed life in the air as a nonstop party, one to which the authors felt privileged to be invited. Another 60s artifact, the play Boeing, Boeing, recently revived on Broadway in a Tony Award-winning production, also pictured the life of stewardesses (as they were called then) as a glamorous romp, with suitors in every port. Most recently, the fictional ad executives on Mad Men were thrilled when they were asked to compete for an airline account, not only because of the business it would bring in but also because they would be in on the casting sessions for the stewardesses and would get to fly free. Oh, such fun!”

“Madden’s true legacy is as one of the sporting world’s premier public intellectuals. Madden is a teacher, and the NBC gamecast and the Madden NFL video game are his classrooms.”